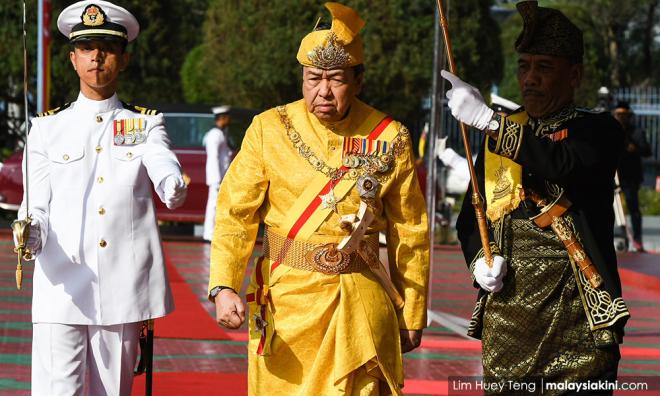 Selangor Council of the Royal Court secretary Hanafisah Jais in a statement said the sultan expressed his disappointment after discussing the issues with members of the council today.

This was because, His Highness said, the irresponsible act would not only jeopardise the harmony and unity among the people, but could also cause racial and religious tension that would lead to prolonged animosity between the different races in the country.

“Incidents of individuals throwing insults to Prophet Muhammad and tarnishing the sanctity of Islam occur quite often and have come to the point of testing the Muslims’ patience. Islam, as the country’s official religion and enshrined in the Federal Constitution, should always be respected by every citizen in the country,” he said.

According to Hanafisah, despite the fact that insulting Prophet Muhammad and tarnishing the sanctity of Islam were offences under the law and the legal action and punishment had been imposed on those who committed them, the irresponsible act still occurred, as if the legal punishment bore no effect on the group.

“History has shown that a country can end up in chaos if the people are hostile and show disrespect towards the religion of other races.

“As the ruler who is also the head of Islam in Selangor, Sultan Sharafuddin stressed that preserving the sanctity of Islam and safeguarding the honour of Prophet Muhammad are among the main requirements of the Maqasid Syariah (objective of Islamic principles) and it is also the responsibility of the Muslims to safeguard it at all time,” she said.

Hence, she said, Sultan Sharafuddin’s reminder should be taken seriously by everyone, especially the non-Muslims, to preserve the harmony and unity among the races and religions in the country.

She said it also applied to the Muslims and they should always be cautious before issuing any statements or views related to other religions.

She further said that the Selangor Council of the Royal Court members upheld the decree of the Sultan of Selangor and also shared the disappointment expressed by His Highness over the insults against Prophet Muhammad and Islam.

“Members of the council also urged the authorities such as the Royal Malaysia Police and the Attorney-General’s Chambers to heed the Sultan of Selangor’s call by implementing effective measures to address this problem.

“Detailed investigation of those suspected of committing such offences should be immediately carried out and prosecution to be taken against those responsible if there is sufficient evidence,” she said.