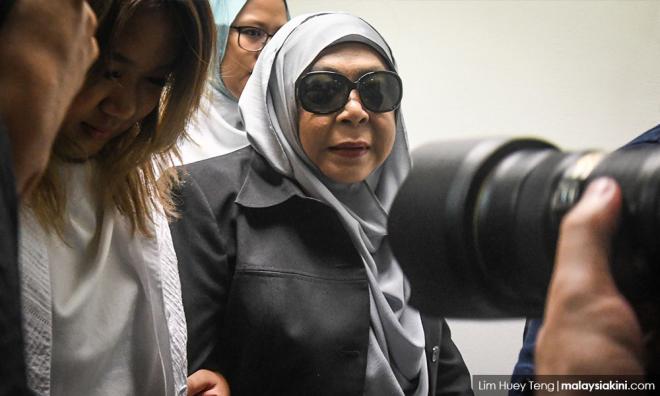 The prosecution's application to transfer the case of former Malaysian External Intelligence Organisation (MEIO) director-general Hasanah Abdul Hamid - who was charged with criminal breach of trust involving government funds totalling RM50.4 million - to the High Court, will be heard on March 15.

"The application will be heard before High Court Judge Collin Lawrence Sequerah and the defence also did not object to the prosecution's request.

"So the court fixed March 15 for the application to be heard at the High Court to record the transfer of this case from the Sessions Court to the High Court," he said during the proceeding in his chambers which was also attended by DPP Muhd Ilmami Ahmad.

On Oct 25, 2018, Hasanah pleaded not guilty, as a civil servant, to committing a breach of trust amounting to US$ 12.1 million (RM50.4 million) involving government funds.

The accused was charged under Section 409 of the Penal Code which carries a maximum jail term of 20 years, and whipping and fine, upon conviction.