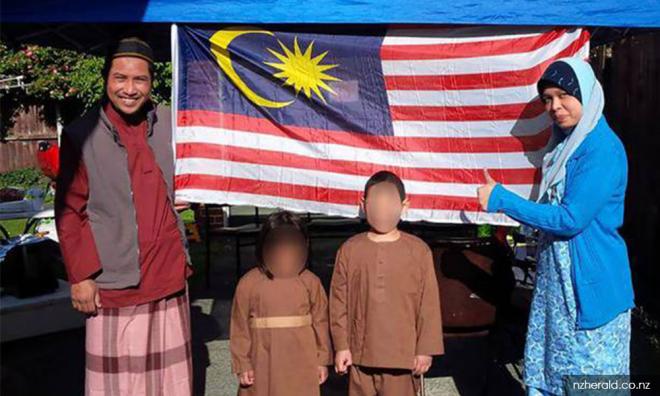 Son of victim in NZ shooting still in trauma

The oldest son of Rahimi Ahmad, one of the Malaysians injured in the attack at two mosques in Christchurch, New Zealand, yesterday, is still in trauma and requires special attention from his mother, said the boy’s uncle.

Rosdi Ahmad, 42, said his nephew, Ahmad Razif Rahimi, 11, was not physical injured in the incident, but witnessed the tragedy as he was in the Al-Noor Mosque, one of the mosques where the mass shooting took place.

He said Ahmad Razif refused to be with anyone else, except his mother, Nor Azila Abdul Wahid, 39, (who is Rosdi’s sister-in-law) since the tragedy.

“Nor Azila also said Rahimi underwent a second surgery to remove a bullet in his back this morning and is still unconscious, but is reported in stable condition,” he added.

Rosdi was speaking to reporters at the Penang International Airport before leaving for Christchurch, New Zealand, with his mother, Rokiah Mohammad, 65.

Search on for M’sian teen missing after Christchurch attack

Rosdi said Rahimi, an engineer at a factory in Christchurch, underwent surgery to remove a bullet in the abdomen yesterday.

“We can’t wait to see Rahimi and look at his condition, and also how his family is coping there,” he said, adding that he and his mother would probably be in New Zealand for a month.

"My family and I wish to thank all quarters, especially the Penang government, for the assistance in enabling us to go to New Zealand to see Rahimi,” he added.

Rahimi is among three Malaysians who reported injured in the mass shooting at the Al-Noor Mosque and Linwood Mosque in Christchurch.

Meanwhile, Phee said the Malaysian High Commission in New Zealand would make the arrangements for Rokiah and Rosdi to visit Rahimi.

He said the state government’s effort to bring the two family members to New Zealand was made possible with help from various government agencies and the private sector.