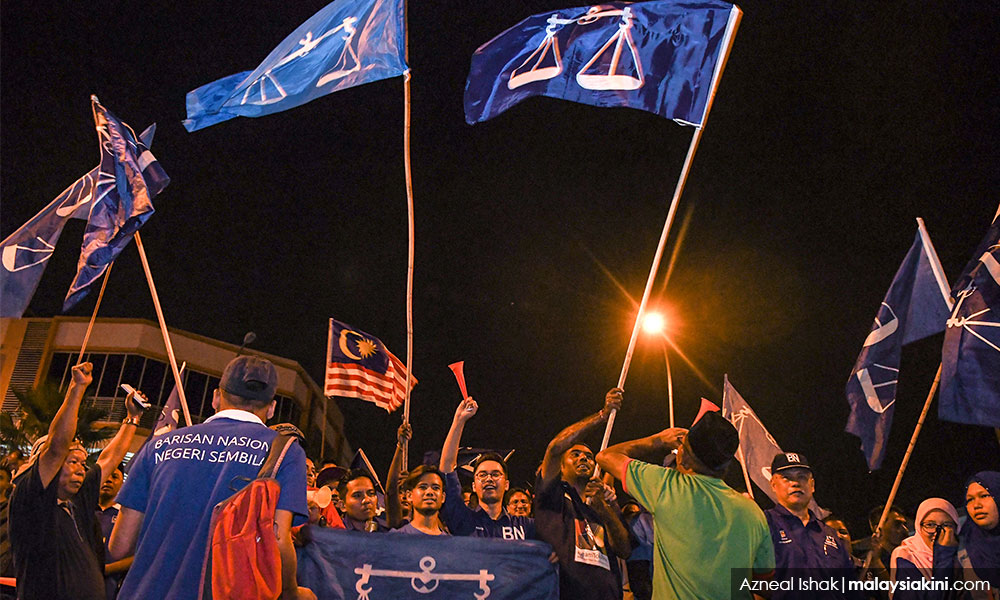 1. Osman Sapian formally submitted his resignation as menteri besar to Johor ruler Sultan Ibrahim Sultan Iskandar, while a successor is expected to be sworn in later today.

2. Sultan Ibrahim purportedly set an exco reshuffle as a precondition for the appointment of the new menteri besar, although Johor PKR chief Hassan Karim said that the ruler has no power to do so.

4. Najib and his wife Rosmah Mansor denied they had purchased a "pink diamond" using 1MDB-linked funds.

6. A fight erupted as PKR supporters blamed each other for Harapan's defeat in Rantau.

7. Mohamad, in his victory speech, said people had grown tired of Harapan's "politics of blame," while PKR president Anwar Ibrahim said Harapan's defeat was a reminder that it must address the people's plight.

8. Human Resources Minister M Kulasegaran defended saying that he preferred Indian restaurants in a Tamil speech to Rantau voters, claiming that it had been "interpreted in the extreme."

9. Terengganu Menteri Besar Ahmad Samsuri Mokhtar clarified that the East Coast Rail Link (ECRL) route in his state has not been altered.

kiniroundup
Related Reports
Negeri MB: We'll probe any claims of sabotage in Rantau polls
a year ago
MB: No changes to ECRL route in Terengganu
a year ago
Mat Hasan: People tired of Harapan's politics of 'blame and slander'
a year ago
RTM still relevant as gov't mouthpiece, says Perak MB
a year ago