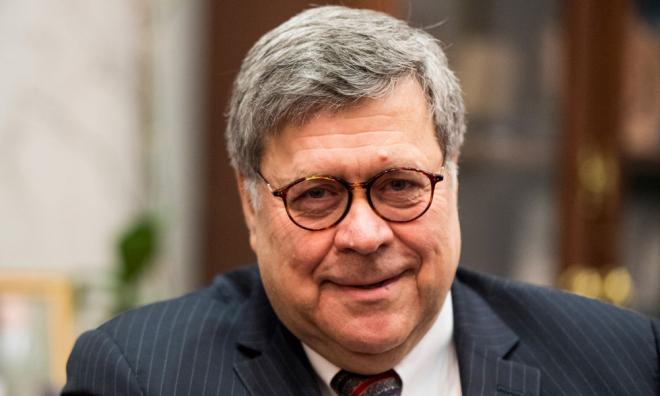 "Barr has just informed us that he will not attend tomorrow's (today's) hearing," Nadler, a Democrat, told reporters on Capitol Hill yesterday after a contentious Senate hearing earlier in the day where Barr (photo, above) defended his treatment of the report.

Nadler also said the Justice Department had not complied with his subpoena for Mueller's full report on Russian meddling in the 2016 election and underlying evidence from the probe.

Committee Democrats vowed to issue a subpoena to force Barr to testify, while Nadler held out hope that the attorney general would reconsider and show up when the hearing convenes at 9am (9pm in Malaysia).

"We plan on subpoenaing him if he decides not to show up. He can run, but he can't hide," Democratic Representative Hakeem Jeffries told reporters.

A Justice Department spokesperson said in a statement that the panel had placed "unprecedented and unnecessary" conditions on Barr's testimony and called the questions posed by committee staff inappropriate. "The attorney general remains happy to engage directly with members," she said in the statement.

Barr's decision not to testify surfaced hours after the committee adopted a more aggressive format that would subject the attorney general to an extra hour of questions from committee lawyers, in addition to questions from Democratic and Republican lawmakers on the panel.

Barr 'terrified of having to face' a skilled attorney

Nadler insisted that it was not the administration's place to determine the format for the hearing.

"He is terrified of having to face a skilled attorney," the chairperson said of Barr. "Given how dishonest he has been... I can understand why he's afraid of facing a more effective examination."

The House Judiciary chairperson also said he would consider a contempt citation against the attorney general in the next day or two, if the Justice Department continued to defy the subpoena for the unredacted report.

Nadler issued the subpoena on April 19, a day after Barr released a redacted version of the report, which also looked at whether President Donald Trump attempted to obstruct investigations after the 2016 election.

The Mueller report details a series of acts by Trump to impede the Russia probe, but does not conclude whether those actions constitute the crime of obstruction. It found, however, that Trump and his campaign did not engage in a criminal conspiracy with Moscow.

Democrats contend that Barr misrepresented the contents of the Mueller report in a March 24 summary and during a subsequent news conference. They also allege that he may have provided misleading testimony to Congress about the criticism he received from Mueller.

Some Democrats, including Senator Mazie Hirono, said yesterday that Barr should resign. Asked if he agreed, Nadler told reporters: "He's going to have to answer for apparently testifying untruthfully in both the Senate and the House, and that's certainly one option."