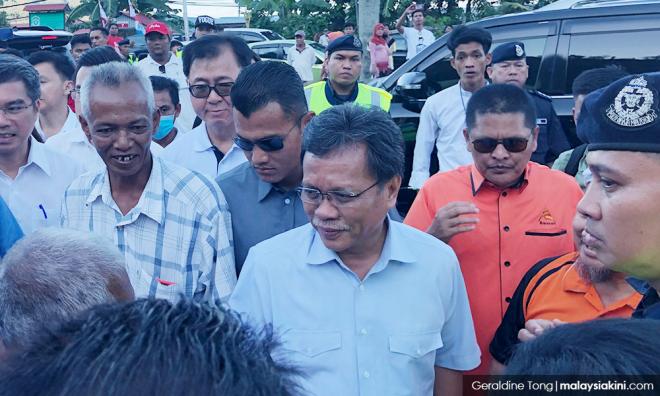 Sandakan polls as important for Shafie as it is for DAP

SANDAKAN POLLS | In most parts of Malaysia, Pakatan Harapan depends on the likes of Dr Mahathir Mohamad, Anwar Ibrahim, Mohamad Sabu and Lim Guan Eng to pull in the crowd. In Sabah, that role lies with Mohd Shafie Apdal.

On nomination day, DAP leaders, some of whom were federal cabinet members, waited for Shafie to arrive before the team walked into the nomination centre.

At a press conference later, questions were aimed at Lim, the DAP secretary-general, who quickly passed them on to Shafie. "Let the chief minister say it...