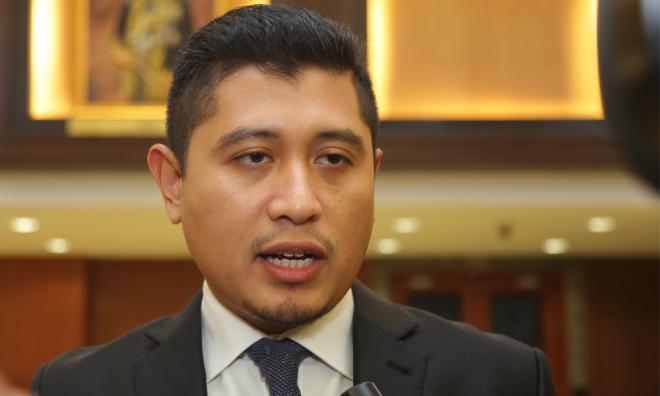 Hilman Idham (photo above), the political secretary to Economic Affairs Azmin Ali, has come out with his version of events on his meeting with Santubong PKR Youth chief Haziq Abdullah Abdul Aziz.

Haziq, in a Facebook posting yesterday, claimed Hilman had tried to force him into denying that Azmin was the man in a sex video.

However, Hilman said this was not what transpired during the meeting at a restaurant in the Marriot Putrajaya Hotel at 2.40pm on Tuesday - more than 12 hours before Haziq's video confessing to be the other man in the video together with Azmin went viral.

"During the meeting, Haziq told me that he was a victim in a dirty political game to bring down Azmin. He claimed the video was fake, and denied he was the person in the video," Hilman said in a statement today.

"Haziq also asked for my views about meeting his family (members) to get their feedback. I agreed and asked him to be patient. I also advised him that in facing such slander, family is an important element in protecting his emotions and dignity," he added.

The political secretary was responding to a police report Haziq lodged in Petaling Jaya yesterday, claiming that Hilman had made threats against him.

Hilman has lodged his own police report, countering that the Santubong PKR Youth chief's report yesterday was false, and a form of criminal defamation.

Earlier today, it was reported that Haziq's father, Abdul Aziz Ibrahim did not believe that the 27-year-old was the man in the lewd videos.