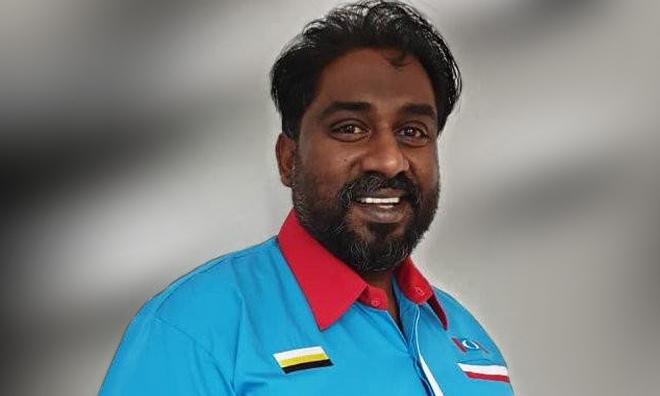 Perak PKR chief Farhash Wafa Salvador Rizal Mubarak is on leave at present and remains in contact, according to his deputy MA Tinagaran (above).

Tinagaran said he has been in constant communication with Farhash, who is also the political secretary to PKR president Anwar Ibrahim.

“He has also been an active participant in the state leadership's WhatsApp groups. I am made aware that Farhash is currently on holiday, but he is following local politics closely.

“I hope the priority in this issue will not be about looking for someone who is on leave but about looking at the facts and results from the investigation (into the alleged sex scandal), which clearly does not involve him (Farhash),” he added in a media statement this afternoon.

Tinagaran's statement comes in the wake of a report by The Star claiming that PKR WhatsApp groups have been abuzz over the whereabouts of a state party chief, who purportedly went missing after the sex clips implicating Economic Affairs Minister Mohd Azmin Ali surfaced last week.

The report also claimed that the PKR state chief, who it did not name, has remained incommunicado since then.

According to The Star, this person's name made the rounds when Haziq Abdullah Abdul Aziz, who confessed to being the other man in the clips, was arrested at KLIA while en route to Manila.

Quoting unnamed PKR leaders, the daily said the state chief has relatives in the Philippines.

Responding to The Star report, Azmin, who is PKR deputy president, said he is convinced that the sex videos were an inside job.

The minister has described the videos as a diabolical campaign to end his political career.

Anwar has repeatedly refuted allegations that he or his aides are behind the scandal.

The police and the MCMC are currently investigating the video clips.