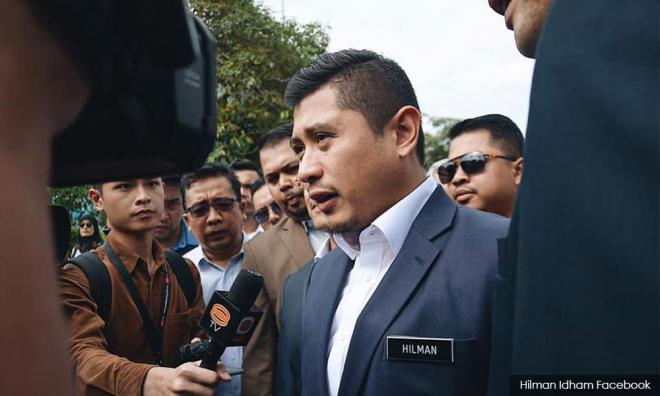 Hilman, accompanied by his lawyer Muhammad Hafiz Hood, arrived at the Bukit Aman police headquarters at 10.05am. He emerged from the station almost three hours later.

The Gombak Setia assemblyperson said a police escort of Azmin also had his statement recorded over the case.

“Police wanted me to confirm several matters. This is the third time that I was called in to give a statement after lodging a report at the Putrajaya police headquarters to assist the investigation.

“I am always prepared to give my cooperation to the police,” he said.

On June 13, Hilman made a police report on the video case before filing a qazaf (false accusation of extramarital sex) complaint to enable further investigations on the dissemination of the video.