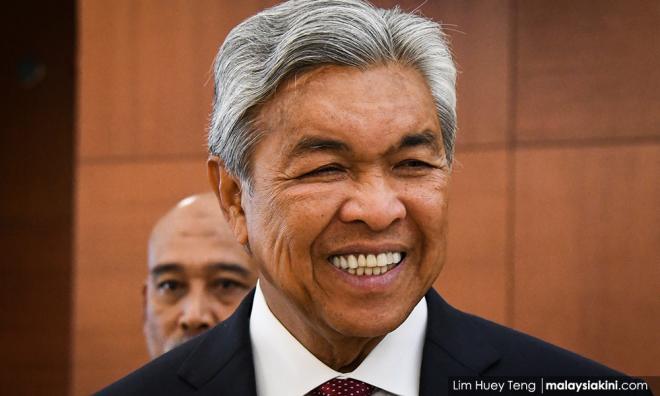 Wanita wing chief Noraini Ahmad said Zahid had the right to decide when to terminate his self-imposed garden leave.

“We (at Wanita Umno) welcomes the president’s decision to return to duty.

“Besides, when he announced he was to go on leave, he did not specify a duration or timeframe,” she was quoted saying by Sinar Harian.

Zahid had yesterday announced his return to active duty as Umno president, some six months after going on garden leave to stem the exodus of MPs and assemblypersons from the party.

His return marked one year since he was first elected president in the 2018 party polls.

Deputy president Mohamad Hasan has assumed the role of acting president in his absence and had overseen strengthening ties with PAS, and three consecutive by-election wins in Cameron Highlands, Semenyih and Rantau.