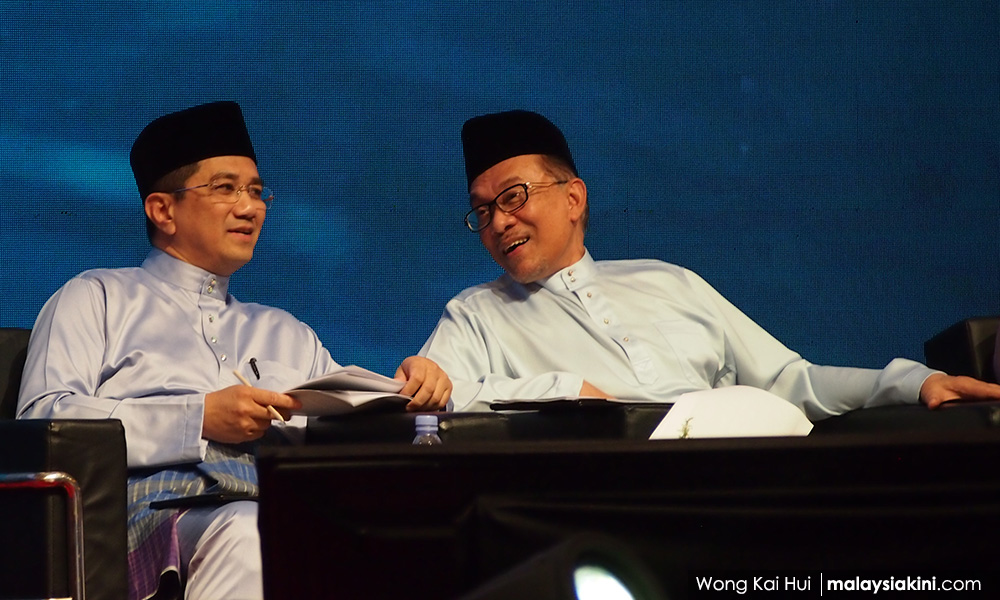 1. PKR president Anwar Ibrahim suggested that his deputy resign as economic affairs minister if a sex video implicating him turns out to be genuine. Azmin responded by saying that Anwar should look in the mirror.

2. Prime Minister Dr Mahathir Mohamad said the attempt to bring down Azmin is a crime, while loyalist Khairuddin Abu Hassan lodged a police report against the allegedly "Anwar-linked" sex videos.

3. Anwar expressed shock that his aide was arrested in connection with the videos, while former PKR Youth deputy chief Dr Afif Bahardin accused his party president of being "guilty by association."

5. The Dewan Rakyat unanimously approved the Sabah redelineation exercise, despite concerns about gerrymandering.

6. Attorney-General Tommy Thomas said the classification of Teoh Beng Hock's case as wrongful confinement is merely procedural and a culpable homicide charge can still be brought if there is enough evidence. However, Teoh's family lawyer called this "unacceptable."

7. The Kelantan government said it has no information about Sultan Muhammad V's divorce from Russian beauty queen Oksana Voevodina.

8. BN and PAS lawmakers staged a walkout after Dewan Rakyat speaker Mohamad Ariff Md Yusof ruled that Finance Minister Lim Guan Eng did not mislead the House over his "robbed" comment, despite imposing a ban on the word.

9. Putrajaya greenlit Penang's plan to build an LRT line, but imposed 30 conditions for the project.

kini roundup
kiniroundup
Related Reports
MH17, five years on
a year ago
After sacking, psychiatrist now probed by cops over sexual harassment
a year ago
Wan Ji speaks of beatings and friendly faces in prison
a year ago
Mahathir: Crime is the alliance trying to bring down Azmin
a year ago