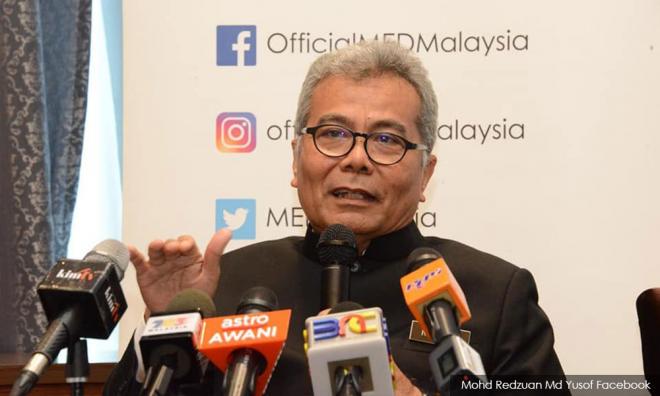 According to Free Malaysia Today, this was in response to the PKR president’s suggestion that Putrajaya reconsiders its decision to extend the firm’s operating license by six months.

“He (Anwar) must give confidence to investors that the government will not flip-flop on policies regardless of who is the prime minister.

“His action of asking Tun (PM Dr Mahathir Mohamad) to review the cabinet’s decision on Lynas will have a negative impact on the economy,” the minister was quoted as saying.

Redzuan was also reported as calling Anwar not to evaluate the Lynas issue based on “emotions”.

“The Cabinet’s decision on Lynas was an informed one, based on local and international expert opinions, including the United Nation’s International Atomic Energy Agency.

“Their opinions are grounded in scientific facts, not baseless claims,” he said.

The decision was made by consensus among ministers from all four Pakatan Harapan component parties, Redzuan added.

“Decisions made by consensus should be respected. After all, a consensus is what Harapan is committed to,” the Bersatu politician was quoted as saying in the report.

Earlier this week, Anwar had urged for more negotiations over Lynas and believed there was room for improvement on the three conditions imposed by the government on the Australian company.

Among the terms was that Lynas needed to curb its radioactive waste production within four years from the granted extension date.

In a related development, Berita Harian reported Bersatu supreme council member Wan Saiful Wan Jan as saying that politicians ought to visit the Lynas plant in Gebeng, Kuantan before stating their opinions on the issue.

“All politicians can give their views, but it is better if they fulfil Lynas’ invitation to see their facility before they offer their opinions.

“I urge politicians in New Malaysia to practise politics according to knowledge, facts and accurate information, and not to base their words on assumptions and hearsay.

“We need to go to the ground to see for ourselves what is happening,” he said after visiting the facility yesterday.

However, Wan Saiful did not specify Anwar or any other politicians in his comments.