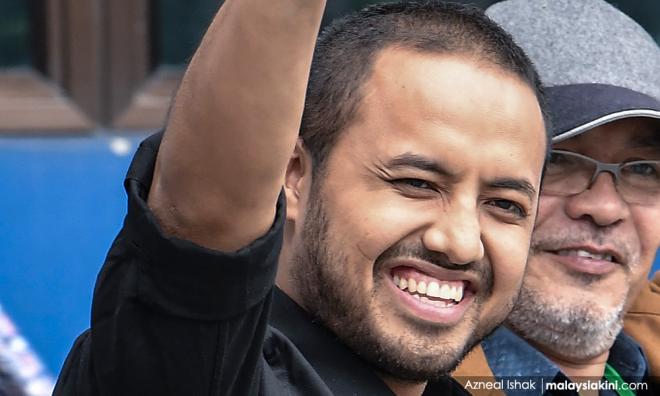 Perak police are ready to help track down Perak PKR chairman Farhash Wafa Salvador Rizal Mubarak (above) to help in the investigations into a brawl at a sports complex in Ampang on Aug 31.

Perak police chief Razarudin Husain said the department is willing to help if needed, including obtaining information to track down Farhash.

Speaking to reporters at a Pinning-of Rank and Handing-Over of Duties ceremony in Parit today, Razarudin said Perak police will help in the matter.

Last Sunday, Inspector-General of Police Abdul Hamid Bador said in a press conference in the federal capital that efforts were still being made to track down Farhash, even though the victim in the case had withdrawn the police report.

Farhash, 37, who is also the political secretary of PKR president Anwar Ibrahim, is the main suspect in the case which occurred at the Arena Sports Complex in Taman Dagang Permai, Kuala Lumpur.

At the event today, Supt Barudin Wariso was appointed Perak Tengah District police chief, taking over from ACP Mohamad Zainal Abdullah, who has been transferred to Bukit Aman as deputy director of Investigation/Legal in the Crime Investigation Department.