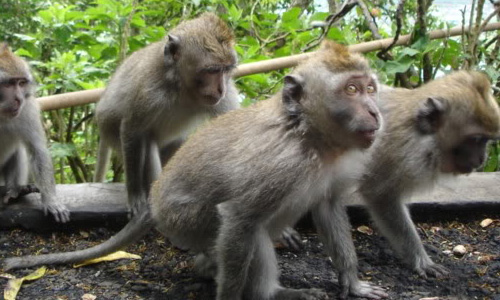 Malacca plans to expand its permanent forest as a solution to the human-wildlife conflict in the state.

To this end, Chief Minister Adly Zahari said one necessary effort was to maintain a forest area that could serve as a permanent habitat for wildlife.

“One of the state government’s long-term plans is to gazette some 4,000 hectares of the water catchment area that was formerly an oil palm plantation as a permanent forest that can serve as a new habitat for the wildlife,” he told reporters in Malacca today.

He said this in response to a question about the state government's long-term plan in addressing disturbances by wildlife such as monkeys and wild boars in residential areas.

Bernama yesterday did a story on human and wildlife conflict in Malacca, particularly involving monkeys and finding a solution to the issue.

Adly acknowledged that setting monkey traps and relocating them would not solve the problem outright.

“The monkeys are roaming in the villages because of poor habitat management... I believe providing a habitat for wildlife, including monkeys, is one of the best ways to tackle this problem,” he said.

Aside from setting monkey traps for a short term solution, he said the state government had also relocated the monkeys to permanent forests in neighbouring states but this was a temporary solution.

“Although the forest area in Malacca is limited, this does not mean that there was no effort to establish a permanent forest here as the state also gets wildlife ‘visitors’ from other states,” he said.

According to Malacca Wildlife and National Parks Department’s record, the number of monkey disturbance complaints in the state from Jan to Sept 2019 totalled 716.

The department said 2,552 monkeys were captured within the period.