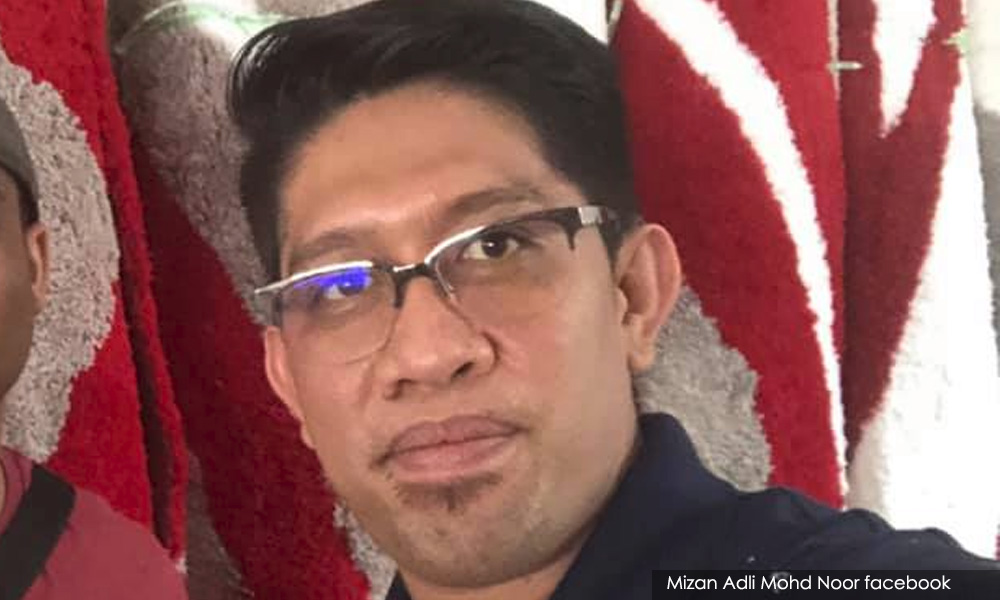 PKR Youth leader Mizan Adli Mohd Noor (above) will continue to chair the PKR Youth congress in Malacca this Friday, despite being stripped of his position as the wing's permanent chairperson.

"I will chair the PKR Youth National Congress Assembly. That is the trust given by the delegates and I will shoulder the responsibility and if they want to replace me, they can make the suggestion during the upcoming congress," The Malaysian Insight today reported him as saying.

Mizan added that he still is, constitutionally, the permanent chairperson as he was elected at last year's congress.

They were informed that they would be stripped of their positions due to doubts in their elections.

According to the letters sighted by Malaysiakini, manual counting showed that the duo had received more votes than the number of delegates present.

The duo have since urged the central leadership to thoroughly investigate their removal and disputed the reasoning given for their removal.

Why no official statement on the dismissals?

However, Mizan is now questioning why the PKR leadership has yet to make any official statement on this matter.

"I have not been told, either by the Youth leadership or the central committee leadership, on my termination as PKR Youth permanent chairperson. I only received an email on the official letter," he said.

He insisted that his termination is not constitutional under the party and was done for the political interests of "others".

"We were picked in the congress, the highest authority in the party. We can only be removed through the congress.

"The permanent chairperson and his deputy are part of the congress, as stipulated under Clause 10 in the Standing Order.

"Therefore, the party's election committee allowed our nomination to contest in the last congress because both positions are not tied to the age factor under the PKR Youth leadership structure," Mizan added.

PKR Youth chief Akmal Nasir (photo) said Mizan may have the intention to chair the congress but he no longer has the qualification to do so.

"I understand his point of view, but we have to follow the rules and continue to avoid any issues with the Registrar of Societies (ROS).

"But we have to respect the congress procedure and to me, there is no issue on the PKR Youth side to handle our congress away from outside intervention," Akmal told reporters in Parliament later today.