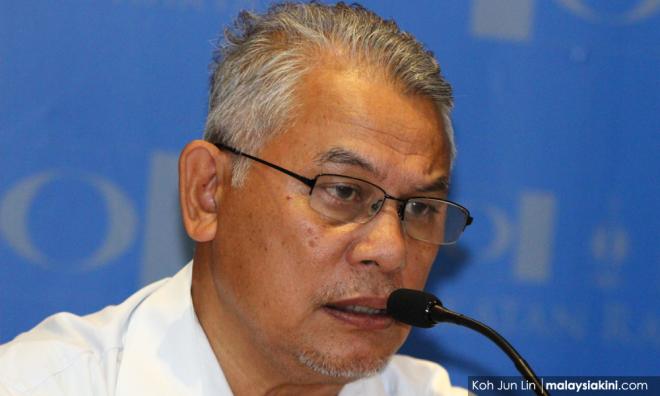 Another ally of PKR deputy president Mohamed Azmin Ali has reportedly been slapped with a show-cause letter.

The show-cause letter against Azmin's adviser Khalid Jaafar (photo) was dated Jan 18, the same day PKR vice-president Zuraida Kamaruddin, another Azmin stalwart, was issued a show-cause letter, according to The Star Online.

Khalid's letter came to light today after it was circulated on social media.

However, Khalid said he had yet to receive the show-cause letter and had only seen it on social media, according to The Star Online.

Khalid's show-cause letter was purportedly over two Facebook postings made on July 18 and 24 last year in which he had criticised PKR president Anwar Ibrahim.

In the post, he claimed Anwar was "addicted" with becoming prime minister and said it was best for him to retire.

As for the show-cause letter against Zuraida, the reason was not made public.

However, the housing and local government minister had indicated the letter could be related to her speech at a hotel last month, which was critical of Anwar.

Azmin's allies had yesterday, in a joint statement, called for the action against Zuraida to be dropped.

Anwar's faction and Azmin's faction have been engaged in a bitter feud.

Azmin's allies had accused Anwar's faction of perpetuating provocations despite attempts at reconciliation.