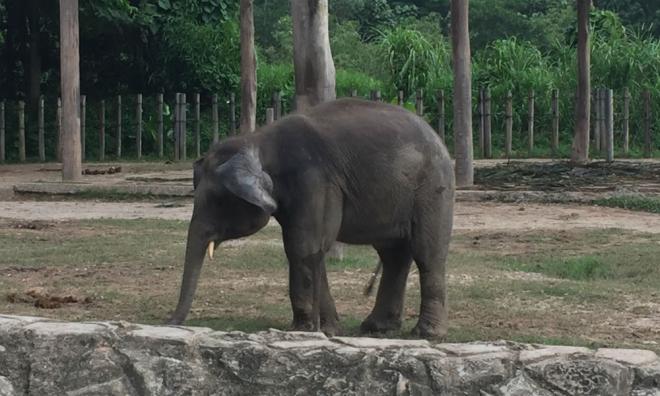 The Sabah government has approved a 10-year plan for the conservation of the dwindling elephant population in the state.

The plan, for which the state government has allocated RM20 million, comes in the wake of the deaths of at least six pygmy elephants late last year and early this year.

It seeks to protect and conserve the remaining elephant population in the state, estimated at between 1,500 and 2,000, and prevent their extinction, he told Bernama in a statement.

Jamili said the plan was formulated by the Sabah Wildlife Department with the collaboration of “friends of conservation”, and has four primary objectives.

He outlined the objectives as stepping up protection and stopping the killing of elephants, enhancing habitat connectivity and permeability, ensuring best practices in the management and ex situ conservation of elephants, and researching, monitoring and predicting elephant population trends.

Jamili said the state government had agreed, in principle, to allocate RM20 million to implement the plan over the 10 years.

One of the major steps of the plan is the setting up of an enforcement unit under the Wildlife Department that will focus on the protection of wildlife in forest reserves, he said.

An endangered species conservation unit will also be established to monitor the implementation of all action plans for terrestrial species fully protected under the Sabah Wildlife Conservation Enactment 1997, he said.

Jamili said that besides the elephant, some of the other species to be focused on include the tembadau wild cattle, proboscis monkey and clouded leopard.

He explained that elephant preservation and conservation in Sabah covered three aspects, namely the threat of extinction; human-wildlife conflict and public perception of wildlife deaths.

“The herds breed well, and one sign of this is that juveniles are found in almost every herd,” he said, adding that the action plan will collect accurate data on the elephant population in the state.

On the second aspect, he said the human-wildlife conflict arises due to the overlap of human and elephant habitats, particularly with the opening up of oil palm plantations.

“This conflict will remain until harmonious co-existence comes about,” he said.

Jamili said the third aspect of public perception over the death of every elephant due to the human-wildlife conflict gives a negative perception to the people, including tourists, and tarnishes Sabah’s good image in the eyes of the world.

As such, he said, a primary focus of the action plan will be to correct this negative perception.

He also said that elephants deaths resulting from the overlap of human and wildlife habitats occurred almost in every elephant distribution region, for example in India, Sri Lanka and Kenya.

Jamili said Sabah is in a good position because, unlike elsewhere, there is hardly any loss of human life as a result of elephant attacks.

He explained that based on the current elephant population statistics, the habitat and food available, and the various preservation and conservation efforts including the 10-year action plan, the elephant will never become extinct in Sabah.

This said this conclusion is also supported by renowned elephant experts, including Raman Sukumar of India, he said.

Raman, when he was in Kota Kinabalu last December to attend the Asian Elephant Specialist Group Meeting, had stated that he is convinced that elephants in Sabah will not become extinct and that the mortality rate of elephants can be offset by the current population in the state.