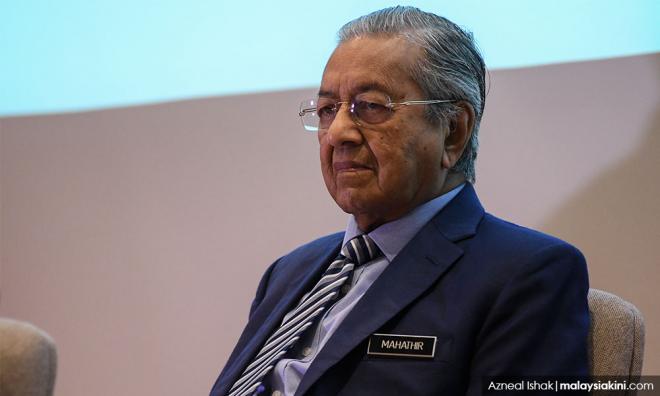 The most selfish man

COMMENT | Politics is the art of making selfish desires seem like national interests. Thomas Sowell wrote this many years ago, but it is so true as we have witnessed with the political drama in the last week. From what has happened, it is my considered opinion that Dr Mahathir Mohamed is indeed a selfish man, unmatched in the history of the country.

Why did he resign as prime minister? Not because he has decided, at long last, that he no longer wants to be a prime minister, but because that's the way to remove all the ministers in the cabinet in one swoop.

When a prime minister resigns, then the cabinet ceases to exist. That's selfish. He should not use the resignation as part of his Games of Thrones. We don't play games with public office, we cherish and honour the opportunity to serve and do good.

He should not have accepted the appointment by the King as caretaker PM. This is because a genuine caretaker PM facilitates the appointment of the new prime minister, whether by election or by advising the King as to the best way to know who commands the majority support. He is not supposed to facilitate his own ascension. Do you know of any interim caretaker PM who has facilitated his own power grab? None in the civilised world. Again Malaysia is the first in the world of questionable behaviour.

Mahathir obviously knew he wanted to be prime minister again, a day after he resigned. He should not use the position of caretaker for his own interest. You cannot be more selfish than this.

He chaired the meeting when the decision for Bersatu to leave Pakatan Harapan was made, thereby rendering Harapan in a bind, especially when the number of Harapan MPs in Parliament will be affected. He obviously did this to deny Anwar Ibrahim (below) the chance to be prime minister (to no avail I hope).

Another selfish decision and betrayal on those erstwhile partners of his, who made him prime minister, and over two years were forever praising him no matter how ridiculous they look in doing so. (Remember the Harapan chorus that Mahathir was not responsible for the Sheraton putsch.)

I urge His Highnesses the Malay Rulers to give support to the Agong to stop the country from further harm by removing the most selfish man as caretaker prime minister. If Anwar has the largest number of support in Parliament then he should be sworn in today. If not, let's have an election, no matter how undesirable costly and painful it is.

ZAID IBRAHIM is a former minister.