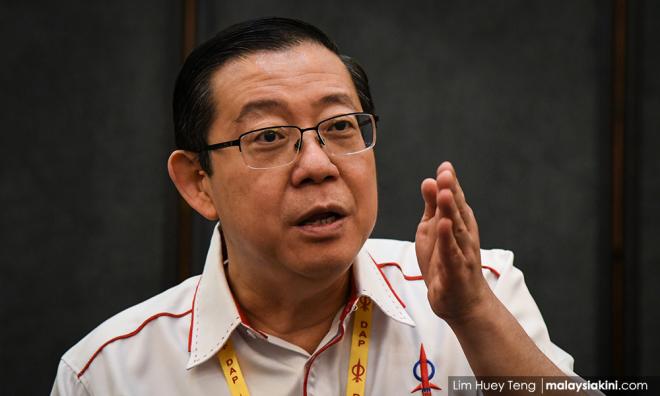 In a statement today, Lim (above) said Mahathir had expressed this during their meeting on Feb 25.

Lim said Harapan - then comprising PKR, Amanah, DAP and Bersatu - was bound to its election manifesto.

"The four parties may have a different ideology and aspirations, but we make common ground and are bound by the general election manifesto agreed to by all," he said.

Lim said over the past 21 months, the election pledges had been implemented in stages, including:

It should be noted that Lim only listed achievements by the Finance Ministry, which he used to head.

Lim's final job as finance minister was preparing the economic stimulus plan, which Mahathir (below) is expected to announce today.

Mahathir is currently inviting MPs to form a unity government of individuals that is not bound by pressure from political parties.

The Harapan federal government collapsed on Monday following the withdrawal of Bersatu and Mahathir's resignation as prime minister.

However, PKR, DAP and Amanah have pledged to stay together as Harapan and have nominated Anwar Ibrahim as prime minister while reiterating their commitment towards the Harapan manifesto.