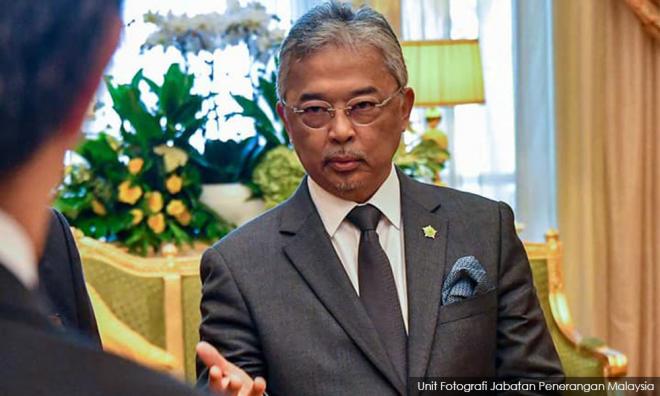 The Malay rulers are set to meet with Yang di-Pertuan Agong Sultan Abdullah Sultan Ahmad Shah tomorrow before Friday prayers, according to a report in The Star.

The Agong has already met with interim Prime Minister Dr Mahathir Mohamad and leaders of political parties earlier this week as a political crisis broke out which led to the collapse of the Pakatan Harapan government.

Additionally, Sultan Abdullah has conducted brief meetings with all lawmakers to ascertain who holds majority support in the Dewan Rakyat.

An aide from the Istana Negara said that the meeting had yet to be confirmed.

Mahathir is currently inviting MPs to form a unity government of individuals that is not bound by pressure from political parties.

The Harapan federal government collapsed on Monday following the withdrawal of Bersatu and Mahathir's resignation as prime minister.

However, the PKR, DAP and Amanah have pledged to stay together as Harapan and have nominated Anwar Ibrahim as prime minister while reiterating their commitment towards the Harapan manifesto.