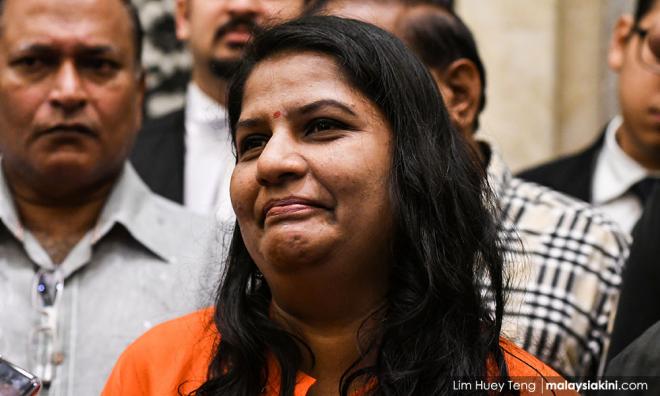 M Indira Gandhi has found new hope in meeting her long-lost daughter Prasana Diksa after a meeting with the police at Bukit Aman today.

Indira and the Indira Gandhi Action Team (Ingat) had met the police for about one hour this morning. She was initially scheduled to meet the Inspector-General of Police (IGP) Abdul Hamid Bador.

However, her lawyer S Ambiga said Hamid had to attend another urgent meeting.

Indira said she hoped to meet Prasana before Deepavali this year...