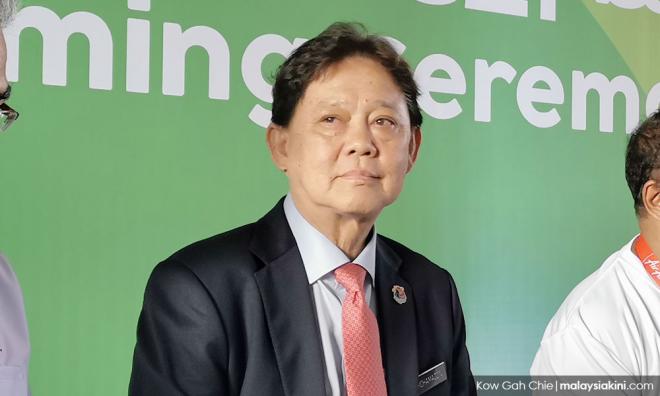 1. Former tourism minister Mohamaddin Ketapi (above) has been condemned for his remarks that are seen as insulting towards security forces involved in the 2013 Ops Daulat. He has apologised, and Warisan president Shafie Apdal said he will ask Mohamaddin for an explanation.

2. Umno supreme council member Mohd Razlan Rafii is undergoing confirmation testing for Covid-19 after testing positive on a rapid test kit for the virus. The trial against Umno president Ahmad Zahid Hamidi has been postponed pending a Covid-19 test result as well.

3. Leaked documents reveal how global banks defied US authorities to serve criminals and failed to act on red flags on transactions involving Jho Low until it was already too late.

4. In the final week of campaigning for the Sabah election, the Warisan Plus campaign continues to be dogged by anti-immigrant sentiments, while Gabungan Rakyat Sabah struggles to maintain cohesion.

6. Muar MP Syed Saddiq Syed Abdul Rahman, who filed for the registration of a new political party last week, revealed that he will also be starting his studies for a Master’s degree.

7. Communications and Multimedia Minister Saifuddin Abdullah said his ministry is studying the need for specific legislation to curb cyberbullying.

8. Former Court of Appeal judge VC George has urged the Dewan Negara to reconsider amendments to drunk driving laws because it takes away the discretion of judges in meting out sentences.

9. A new Covid-19 cluster discovered in Sabah is the sixth in the state this month. Markets in nine districts in Sabah have been ordered to close.

10. PKR has suspended its member Daing Muhammad Reduan Bachok pending a court decision on allegations he had assaulted the party’s vice-president Rafizi Ramli in 2018.