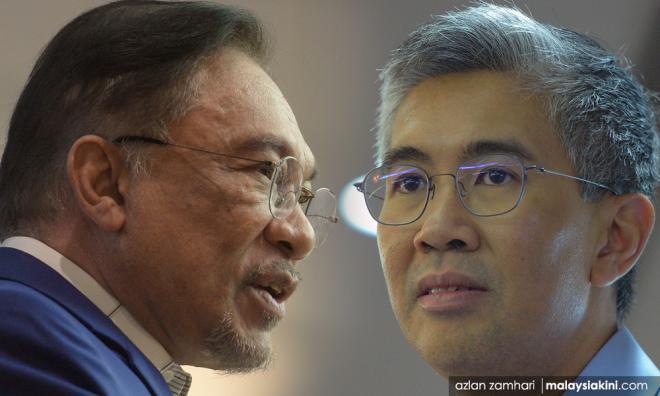 1. There are nine days left to the first Budget 2021 vote and the battle lines are already being drawn, with PKR president Anwar Ibrahim accusing Finance Minister Tengku Zafrul Abdul Aziz of trying to bulldoze the budget without opposition input.

2. Tengku Zafrul warns that defeating the budget could mean civil servants will go unpaid and this has also not sat well with DAP veteran Lim Kit Siang, who saw that as a threat against the opposition.

3. However, lawyer Haniff Khatri, who has acted for former prime minister Dr Mahathir Mohamad, said a partial budget can still be tabled to ensure essential components, such as civil servants' salaries, can continue to be paid.

4. PKR made it clear that the government cannot expect a blank cheque, even though the Yang di-Pertuan Agong has called for all MPs to support the Budget 2021.

5. While the opposition may have found common ground on Budget 2021, the relationship among them is growing strained, with PKR poaching an Amanah state assemblyperson.

6. Parti Pejuang Tanah Air is also at loggerheads with PKR after the former's de facto leader attacked Anwar's capability to lead the country.

7. On the Covid-19 front, the country saw a dramatic spike of new cases in Kuala Lumpur, exceeding Sabah, which had been the epicentre of the third wave.

8. Selangor also saw 185 new cases, 53 of which came from a cluster linked to workers at a glove factory. Workers there who spoke to Malaysiakini expressed fear when going to work.

9. The pandemic is also taking a toll on some patients, with one taking a three-storey plunge at the Women and Children's Hospital in Kota Kinabalu, Sabah, while another escaped from the hospital.

11. On the international front, Malaysia finally signed a trade deal involving, among others, Japan, South Korea, China, Australia and New Zealand, after some eight years of negotiations.