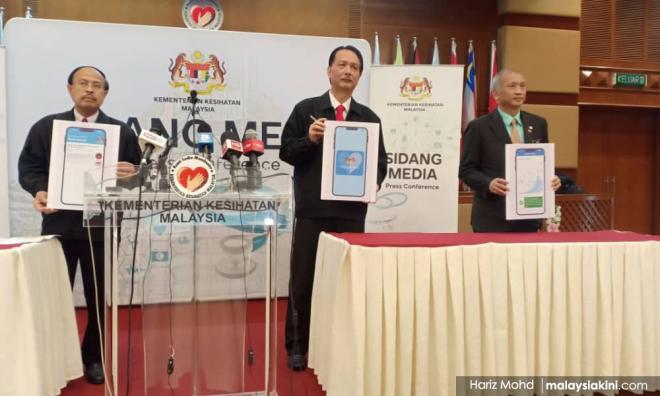 Over 9,000 cases traced through MySejahtera and other news you may have missed

2. The Health Ministry and the Global Alliance for Vaccine and Immunisation are finalising a date to sign onto the Covax plan that would entail paying RM94.08 million upfront, while one vaccine candidate in the Covax portfolio showed promising results in elderly patients.

3. The ongoing Bar Council election has been beset by a toxic environment, including vicious personal attacks and leak of personal information.

4. The Special Cabinet Committee on Anti-Corruption has agreed, in principle, to establish a code of conduct for political secretaries, as recommended by the National Governance, Integrity and Anti-Corruption Centre.

5. While the film ‘Babi’ by rapper Wee Meng Chee, better known as Namewee, is being shortlisted for various awards abroad, the Federal Territories Perikatan Nasional Youth wing has lodged a police report on the film’s poster for supposedly impinging on racial sensitivities.

6. Federal Territories Minister Annuar Musa threatened legal action against Cheras MP Tan Kok Wai over the latter’s claim that 42 plots of Kuala Lumpur City Hall land were sold under his watch, but said he would consider the Public Accounts Committee’s suggestions on the matter.

7. Youth and Sports Deputy Minister Wan Ahmad Fayhsal Wan Ahmad Kamal has defended his proposal to help people by forgiving debts and “printing money”, saying that his critics had misunderstood his points and made false assumptions.

8. The government said it cannot reveal its settlement agreement with investment bank Goldman Sachs on the 1MDB matter because the agreement is confidential.

10. Some resident groups in Petaling Jaya have expressed concern that the scrapped Kinrara-Damansara Expressway (Kidex) highway project is being revived as the proposed Petaling Jaya Dispersal Link (PJD Link) highway.