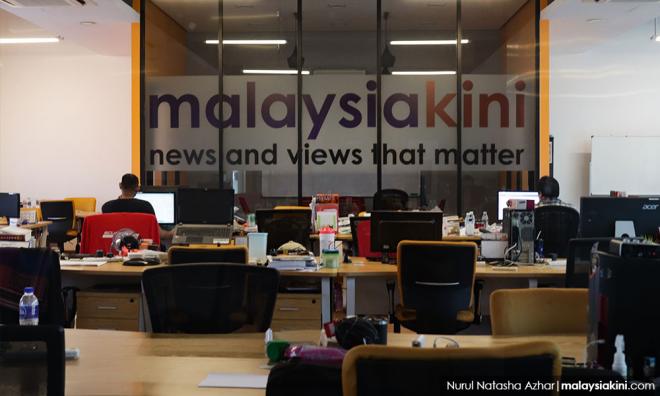 Foreign missions have expressed their fears that this morning's contempt of court judgement against Malaysiakini and the resulting RM500,000 fine represent a blow against freedom of the press in this country.

"We are concerned by the Federal Court's decision today against Malaysiakini and the impact it will have on press freedom in Malaysia," said the Embassy of the United States today.

"Freedom of expression, including for members of the press and the general public, is fundamental for public discourse and democratic principles that support accountability and good governance," it added.

Earlier, British High Commissioner Charles Hay and Acting Canadian High Commissioner Esther Van Nes said in a joint statement that media freedom is important to all societies, and the people must be allowed to discuss issues freely.

"We are concerned about today's verdict against Malaysiakini.

It is understood that foreign missions are keeping an eye on attempts to curb media freedom now that Prime Minister Muhyiddin Yassin's administration has assumed emergency powers to combat the Covid-19 pandemic.

The case also prompted international attention with the likes of the New York Times, The Guardian and the BBC carrying articles on it today.

Malaysiakini was today fined RM500,000 for contempt of court by the Federal Court concerning readers' comments in the news portal.

Contempt proceedings against Malaysiakini and its editor-in-chief Steven Gan were initiated by attorney-general Idrus Harun over comments left by readers on the news website.

Idrus argued that the two respondents had scandalised the court by facilitating five readers' comments on an article dated June 9 titled "CJ orders all courts to be fully operational from July 1".