COMMENT | The mood in Sarawak is relatively quiet. Sarawakians have serious election fatigue. But it is not only the voters who are tired, the messages and campaign are as well. The challenge for both sides will be to get Sarawakians to be vested in GE14 and come out to vote.

Make no bones about it, the contests in Sarawak will be important. This is BN’s safest deposit, and the BN is relying on it. With 31 parliamentary seats, Sarawak makes up 14% of national seats, with 1.2 million voters. Seats from Sarawak comprise 19% of the BN win in 2013. More Sarawakians are registered in the population of 2.6 million than in most states, reflecting long-standing engagement with political issues.

The state election two years ago has been a national bell weather, with BN’s whopping victory in the 2016 polls overshadowing dynamics locally. Voter turnout drops, delineation, and a changed narrative led by the late chief minister, Adenan Satem (2014-2017), brought home the BN victory one year after the 1MDB allegations emerged.

As such, the opposition goes into the Sarawak contest on the defensive. With the DAP’s loss of five state seats in 2016 (from 12 to seven) and PKR winning its three seats narrowly, the opposition parties are hoping to stem the BN tide.

Four of the six parliamentary seats – Sarekei, Miri, Sibu and Stampin, all in urban/semi-urban areas with Chinese majorities – are in the BN’s sights, along with their projection of retaining all its 27 rural and semi-rural seats, including Julau which will likely be contested by Larry Sng as an independent. (Sng has a fighting chance of winning Julau due to his resource advantage.)

The BN is fielding heavyweights in all these targeted urban seats and appealing to the Chinese in these areas to return to the BN fold.

The defensiveness is not just about electoral contests; it is also about the fact that the BN in Sarawak has been able to take on the ‘Sarawak for Sarawakians’ narrative and neutralise many of the criticisms toward BN with more state activism against the federal government. 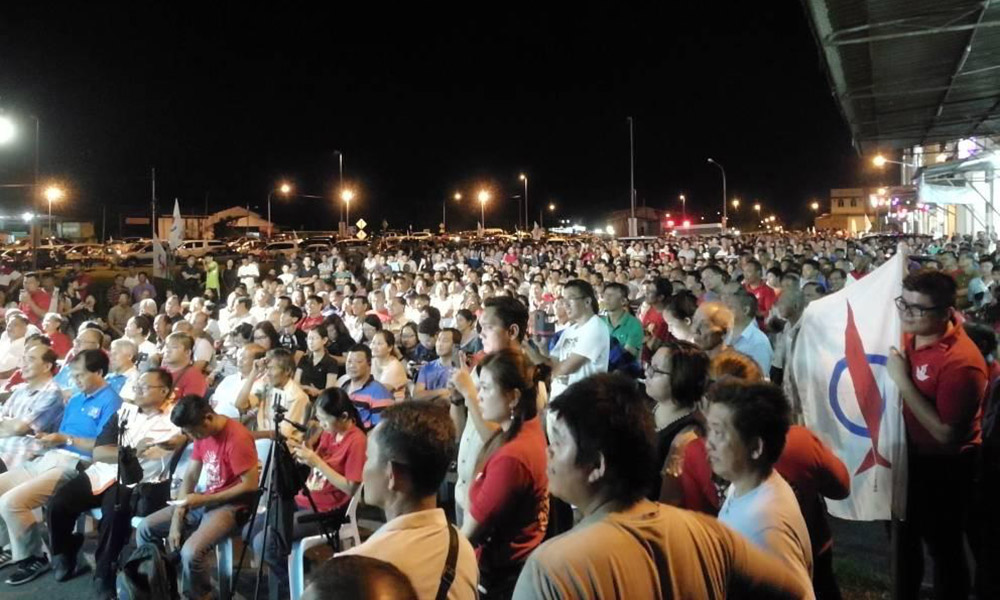 Pakatan Harapan in Sarawak does not yet have a clear message in this campaign. The opposition’s manifesto – “New Deal” – does not have all that much new in it. Pakatan is relying on old anti-federal resentments to maintain its support, and capitalising on the concerns with economic issues, especially a slow economy, GST and high cost of living.

They are also trying to convince Sarawak voters that their votes and the results will matter in shaping a potential new federal government, as many Sarawakians (along with many Malaysians) do not believe that change in power can happen. With local issues largely neutralised, the opposition in Sarawak is banking on national issues to change local voting behaviour – hard ground in a state where parochial issues have predominated.

The ground, however, has shifted since 2016. Adenan Satem, the powerful leader who changed Sarawak, is no longer leading the state. He passed on in 2017 after three years at the helm. His legacy is being contested. 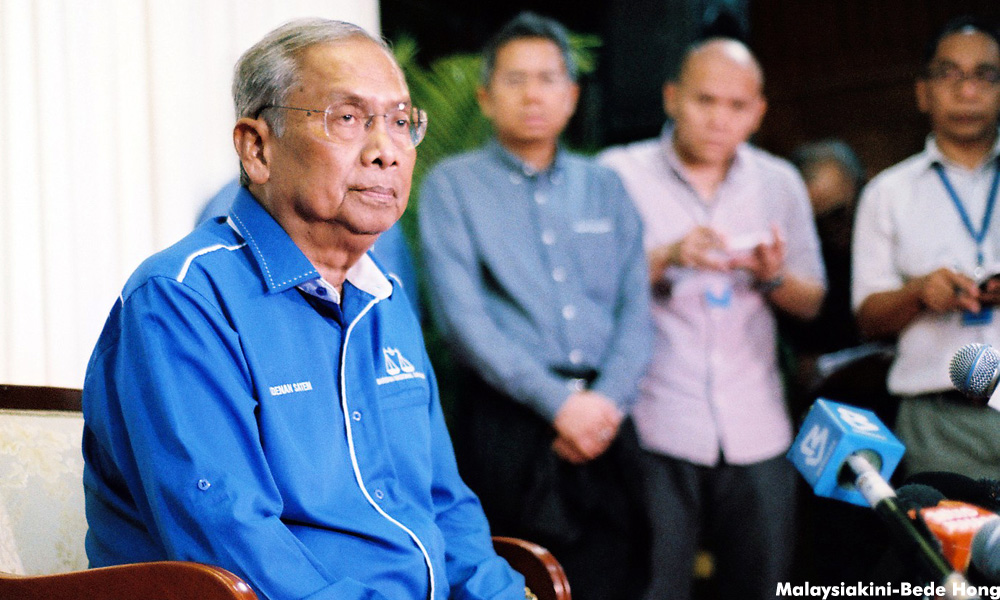 For Adenan’s successor, chief minister Abang Johari Openg, GE14 is about proving his mettle. He is seen as ‘Najib’s man,’ appointed to lead the state and in need of his own mandate. He is seen to be more of a follower compared to Adenan. He is trying to fill Adenan’s large shoes and, given the constraints on further gains for state power, he has yet to deliver much for the state on his own. He is thus relying on continued support for Adenan to boost his own support.

Sim Kui Hian, SUPP’s president, is also using the Adenan name, couching the contest for the Stampin seat as a continuation of Adenan’s legacy. Sim was Adenan’s personal cardiologist and was seen to be close to Adenan. He is facing DAP leader Chong Chieng Jen, who is moving to this competitive seat from his safe Bandar Kuching base in a bid to inject some excitement into the campaign and showcase the importance of the 2018 elections locally.

Stampin (along with Miri where SUPP secretary-general Sebastian Ting is facing PKR’s Dr Michael Teo) have been significantly reconfigured in the 2018 delineation exercise, making these seats more challenging for the opposition to win.

The absence of Adenan, however, offers the opposition an opportunity. Abang Johari is not as popular, and unlike 2016, the BN cannot dismiss national issues in this campaign. The Sarawak BN’s message of “a stronger Sarawak” with its slick “marching on” video does not have the same resonance without Adenan to lead this effort. 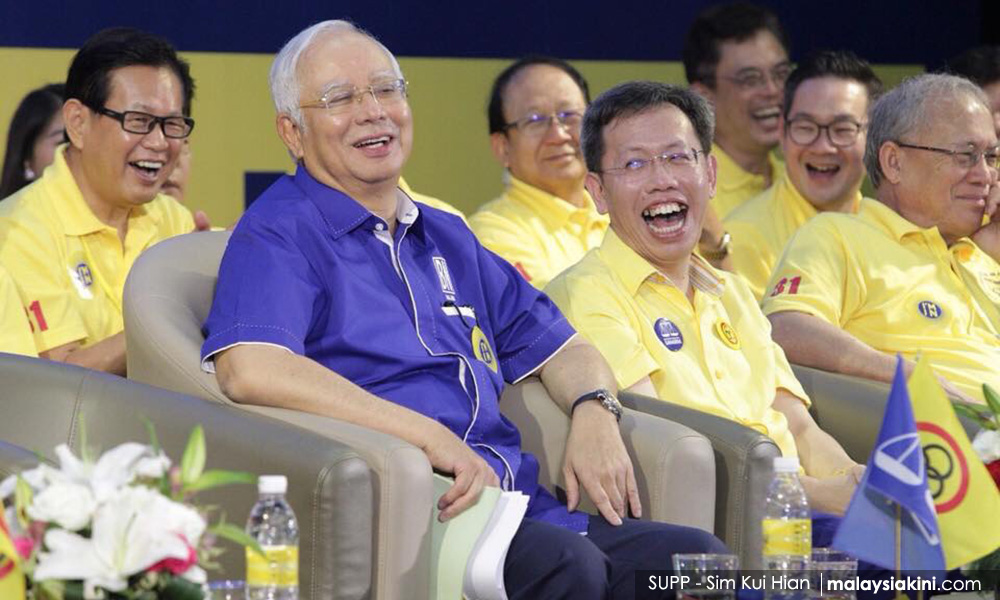 Discussion centres on the comparison of Najib with Mahathir, with views differing according to generation and ethnicity. Perceptions of Mahathir in Sarawak are not as negative as those in Sabah, while support for Najib is soft. Along with Adenan’s legacy, there is a debate about the legacies of the two different national leaders, both of whom want to return to the premiership.

For Sarawak, attention centres on the Chinese vote. The Chinese community in Sarawak is divided.  As shown in the table, in 2016 only 65% supported the opposition, with BN gaining 8.9% in support from Chinese Sarawakians from the 2013 election. Chinese estimated turnout dropped 7.6% as well across the two elections, leading to further erosion of Pakatan support in urban areas.

The economy is the main concern for Chinese Sarawakian voters. In the 2016 state election, Adenan promised to give them more opportunities and he made multiple direct appeals to the community. The national election is different given that Najib has not made as systematic an outreach. Some Chinese blame Najib for the slow growth in Sarawak over the last decade and are critical that the BN pledges of 2016 have not had the level of economic trickle-down promised, with large shares of government investment in Sarawak going to Peninsular Malaysians rather than into the hands of local businessmen.

There are also discussions about whether it is better to vote for BN or for the opposition for Chinese to be better represented, with views differing between those who feel it is necessary to strengthen SUPP within BN to those who argue continued support for DAP will best protect Chinese Sarawakians.

Pragmatism is shaping the debate, as opposed to anger evident in earlier elections. The DAP (and PKR in Miri) need to win back more Chinese support to hold onto its seats. In some races, such as Sarikei, it faces an onslaught of money being poured into the constituency to secure a BN victory, which puts the DAP at a clear disadvantage.

The contests in rural and semi-rural areas are less competitive, and arguably even more of an uphill battle for the opposition. There are two important issues – divisions within the ranks of the BN itself as a result of the sacking of traditional leaders as has happened in Lubok Antu and Selangau (where PKR leader Baru Bian is contesting), infighting due to the choice of BN candidate as is the case in Sarikei, and continued resentment over land and development issues as is occurring, for example, in Baram.

The opposition faces a financial challenge as BN’s resource advantage shapes the outcome, with vote-buying a critical part of this support. Many rural Sarawakians continue to depend on state largess, as this is where the BN strategy of preying on precarity, on using poverty to its advantage, is strongest.

In 2016, the BN won an estimated 68% of the rural and semi-rural vote, and won 64% of lower-income voters and seems poised to replicate these results in 2018.

One area to watch is a shift among Malay/Melanau voters, 80% of whom voted for BN in 2016. The “Malay tsunami” dynamic on the peninsula may send some ripples eastward. Mahathir has some loyalties among the older generation of Malays/Melanau. Among the other major ethnic communities - the Bidayuh, Iban and Orang Ulu - no major changes in their voting pattern is expected. 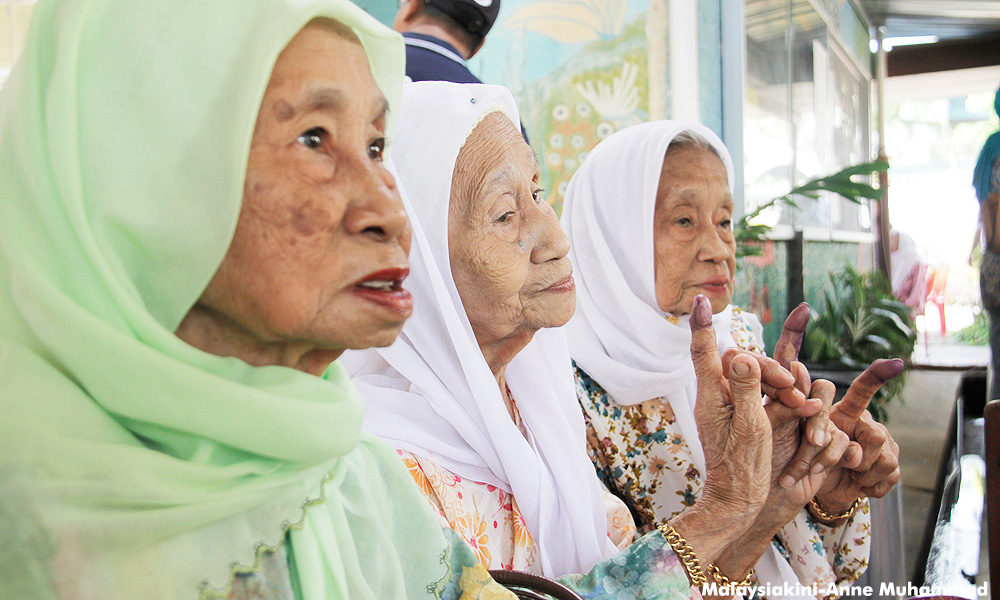 The shifts that can happen (if they happen at all) will be among younger voters across all ethnic communities. Younger voters continue to be more opposition-friendly in Sarawak – an estimated 67% supported the opposition in 2016.

This group, however, is also most impacted by turnout constraints, as disproportionately younger voters are the most likely to be working away from home and will have to travel back to vote. With the campaign starting out very slowly in Sarawak, it has yet to engender the investment to go home to vote for many.

Voter turnout, in fact, is an overall issue for Sarawak, as traditionally there is lower turnout in national contests compared to state elections. Voter turnout dropped to 66.1% in 2016, from 77.5% in the 2013 election. It will be a difficult task to get turnout levels beyond 2016 levels, given the lack of momentum going into the Sarawak campaign. Lower voter turnout traditionally hurts the opposition.

Sarawak is largely being overlooked in GE14, but when the final tally of seats is counted, Sarawak and Sarawakians will be in there. BN is guarding its safety deposit carefully, and for now, has Sarawak locked up. If the campaign moves from defensive to offensive mode and momentum starts to build, then the situation will change.

Sarawak campaigns in the past have moved rapidly, as occurred in 2011. Given the fatigue and well-established voting patterns, however, convincing Sarawakians to speak loudly and differently will not be easy.

BRIDGET WELSH is an Associate Professor of Political Science at John Cabot University in Rome. She also continues to be a Senior Associate Research Fellow at National Taiwan University's Center for East Asia Democratic Studies and The Habibie Center, as well as a University Fellow of Charles Darwin University. Her latest book (with Greg Lopez) is entitled ‘Regime Resilience in Malaysia and Singapore’. She is following the 2018 campaign on the ground and providing her analyses exclusively to Malaysiakini readers. She can be reached at [email protected]