COMMENT | In GE14, an important area to watch is what I call the ‘Umno Belt’ - the three charming states of Malacca (with six parliamentary seats), Negeri Sembilan (eight seats) and Pahang (14 seats) that collectively make up 28 seats in parliament.

The Umno Belt is an important indicator of how strong Bersatu is and whether its influence extends beyond the base of its senior leaders - Johor and Kedah. It is also a test of whether Pakatan Harapan as a coalition is able to work well together. Last night’s large rally in Malacca shows that there are indeed strong undercurrents in states long seen as an integral part of the BN’s core.

The Umno Belt states are often overlooked because in the past they didn’t seem to matter. Sure, a few seats such as Kuantan, Rasah and Kota Melaka were won by the opposition, and seats such as Bentong and Raub were close contests with the former remembered for the alleged blackout during the 2013 counting of votes, but overall, the smaller number of seats and generally lack of competitiveness left these areas out of analysis.

In this election, all seats in Negri Sembilan, while still leaning BN, are competitive, and five out of six seats in Malacca (excluding Jasin) are similarly so. Masjid Tanah and Tangga Batu are especially interesting to watch, as they have long been considered part of Umno’s seat bank. Pahang remains safer for BN, with only six out of the 14 seats, or 42%, competitive. Pahang’s competitive seats include Bentong, Raub, Kuantan, Indera Mahkota, Temerloh and Cameron Highlands.

To understand why these traditionally secure areas are more politically open to change, one has to look at three important factors. First is the legacy of Dr Mahathir Mohamad in these areas. These states were largely developed during his tenure, especially Malacca and Negri Sembilan.

It was during his tenure that basic services were brought in and expanded, and the lives of ordinary people in these states changed. Felda schemes were expanded, with local schools built and new roads creating better access. As such, Mahathir - as the father of modern Malaysia in areas that showcase this modernity - still has political traction in the Umno Belt.

Ironically, it is the modernity of these areas, their connectivity and access to alternative information that make these states more open to political change. Messages that Mahathir is ‘really BN’ don’t work, for example. The safe areas in Pahang, in contrast, are arguably in more remote areas, such as Rompin and of course, Najib Razak’s own constituency of Pekan.

This is compounded by the fact that many retired civil servants have moved to these states, appreciating their greater affordability and quality of life. These civil servants remain loyal to Mahathir decades on.

Najib is the second factor. His picture floods these states as he has made the election about himself, but the problem is not just his persona but his campaign decisions. Overconfident, he has apparently mismanaged the political campaign in these states and provoked anger towards him (and his allies) on the ground. 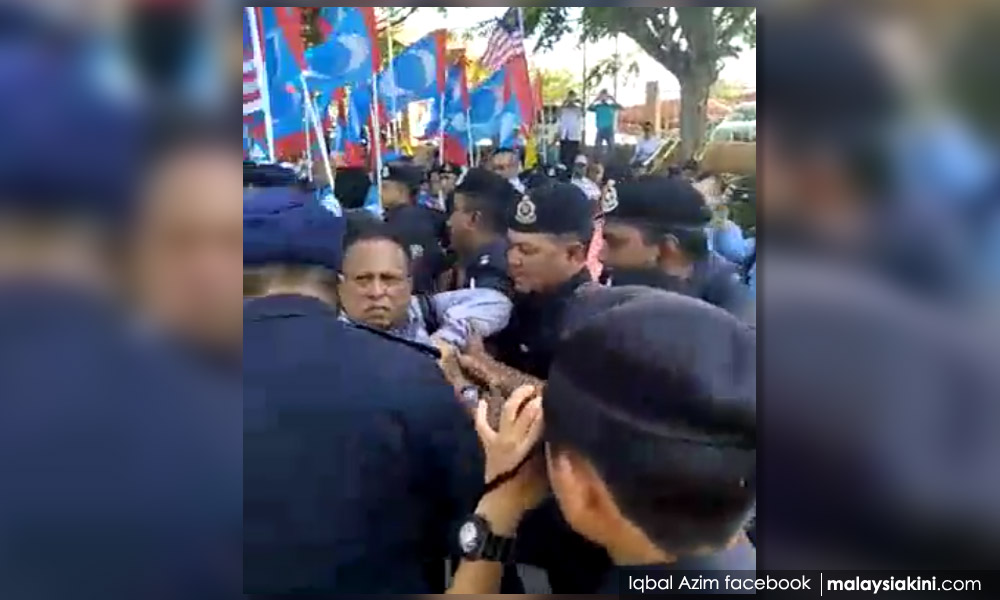 The controversial disqualification of Harapan’s Dr Streram Sinnasamy in Rantau, Negri Sembilan, put this state on the national map. To date, the Rantau disqualification has backfired, sending ripples of sympathy to the ground, notably in Umno Youth chief Khairy Jamaluddin’s seat of Rembau. The infamous photo of a man held back from entering the nomination centre embodies the sense of electoral restrictiveness being placed on GE14 and has brought home to the Umno Belt the unfairness of the election.

Najib has made matters worse by contributing to the local infighting within the BN with the appointment of his favourite candidates. It is estimated that Najib has appointed over 20 of his (and his wife’s) personal loyalists nationally, many of whom have been slated in the supposedly “safe” Umno Belt.

For example, in Alor Gajah, his political secretary for Chinese affairs, Wong Nai Chee, has been parachuted in, a decision that has not pleased local actors (and many national MCA members as well).

Najib has also appointed political allies. Most of these appointments aim to assure a stronger position for Najib in the post-GE14 Umno party election. This is why Najib has foolhardily fielded former minister of domestic trade, cooperative and consumerism Hasan Malek in Kuala Pilah.

Associated with his call to switch from chicken to fish, Hasan was the brunt of jokes in 2014 over his defence of rising food prices and was dropped as minister in 2015. The end result of the choice has made this seat more vulnerable. Najib’s focus on his political fortunes rather than that of his party has created disgruntlement in the BN ranks.

At the same time, Najib is worsening Umno infighting in these states by continuing to use the election as a means to squash his political opponents within the party. Nationally, many of deputy party leader Ahmad Zahid Hamidi’s proposed candidates with strong grassroots were dropped, with some of the potential effects being felt at the state level in Malacca and Negri Sembilan.

In his candidate selections, Najib has continued to try to displace local warlords such as Ali Rustam in Malacca. He has also created unnecessary resentment by fielding Mohd Sharkar Shamsudin in both the state seat of Lanchang and parliament seat of Temerloh, fuelling speculation that Sharkar is in fact a potential replacement for caretaker Pahang menteri besar Adnan Yaakob, who has held that position since 1999. All three of these states have contestation over their leadership, and Najib has unwisely stirred the state leadership pots.

On the ground, there are Umno pockets of protest against Najib taking place. The uproar over giving Jelebu to MIC in exchange for Port Dickson (formerly Teluk Kemang) - which was reversed after protest - is just the surface of the unhappiness within Umno. Most of this protest is happening at the ‘cawangan’ or branch level. If indeed BN loses seats in the Umno Belt, it will be the result of Umno pushback against Najib himself.

Felda settlers in Negeri Sembilan are very aware of the problems in the management of this body. The person tainted with the scandal is none other than their former chief minister of 22 years (and Najib’s close political ally), Mohd Isa Samad. 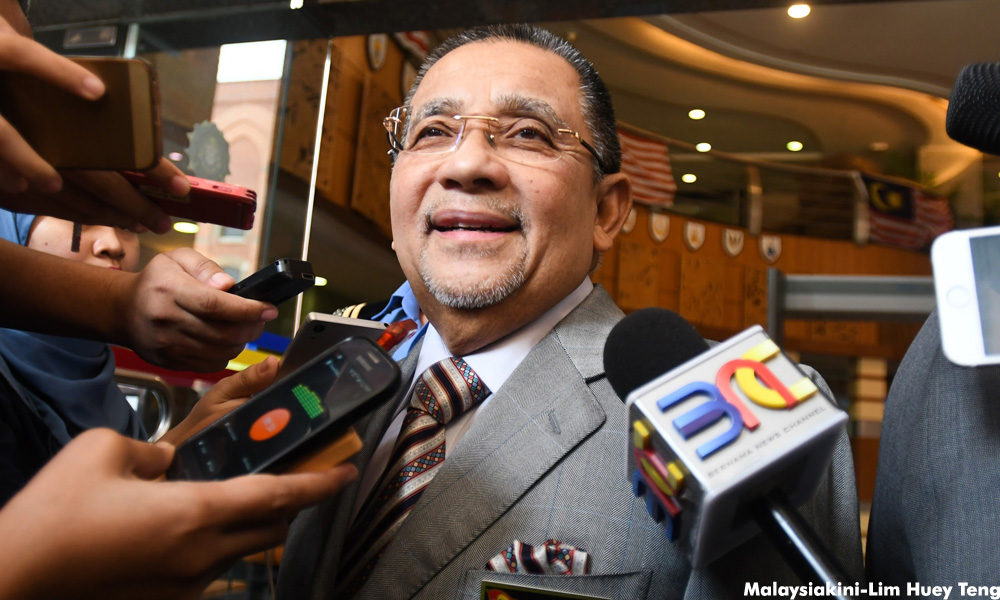 While he was dropped as a candidate in GE14 (in the final weeks), his loyalists are still in the state and unhappy with how he was treated. At the same time, many settlers are angry he was even considered as a candidate at all. If there is one area where the Felda scandal potentially will be felt, it will be in Negeri Sembilan in seats like Jempol, Kuala Pilah and Jelebu.

For Malacca and Pahang, the controversy that is most apparent is the presence of China. Pahangites in Kuantan and Indera Mahkota are talking about the “Great Wall” of China, the investment in the port area a few kilometres outside of these highly competitive seats. The talk is largely negative, as the investment is seen to be non-transparent and raising questions about Malaysia’s sovereignty and the ‘special treatment’ given to China companies.

Pahangites are also aware of the East Coast Rail Link (ECRL) as it goes through their state and serious questions are being asked. The large Malacca deep-sea port investment had similar nationalist overtones as well, as people are seeing first hand China investment on the ground. This issue is being fanned by Mahathir’s anti-unchecked China investment campaign, and for those in the Umno Belt, these projects are happening in their backyards.

Local and national loyalties have made these states more competitive than in the past. BN holds the clear advantage (as this is indeed the Umno political base after all). Swings have to be considerable for Harapan to win seats, especially parliamentary seats. Increasingly, signs are that Harapan is squeezing the BN in these states. Contests have become tighter.

However, Harapan’s campaign in these areas is uneven, lacking coordination and moving slowly. It faces the serious weakness of poor machinery in the Umno Belt and nationally. The opposition also faces challenges from three-cornered fights (potentially losing Cameron Highlands and Sungai Siput (in Perak) as a result of their fight with Parti Socialis Malaysia) and from PAS, where it is stronger (compared to Malacca and Negeri Sembilan) in the Pahang seats of Kuantan and Indera Mahkota.

Other seats to watch are the DAP contests in Seremban, Raub and Bentong – all highly competitive, and dependent on a combination of Malay swing and high Chinese turnout for Harapan to win.

The fact that these areas are competitive at all, however, speaks to how GE14 is a different contest than the past. Mahathir has been a game changer, but ultimately the person who is trying the hardest to manipulate the game to his advantage is Najib. Some of these manoeuvres to date have miscalculated as his focus has been on the post-Umno party contest as opposed to GE14 itself.

The Umno Belt of Malacca, Negeri and Pahang will be testimony to the success (or failure) of his efforts.

BRIDGET WELSH is an Associate Professor of Political Science at John Cabot University in Rome. She also continues to be a Senior Associate Research Fellow at National Taiwan University's Center for East Asia Democratic Studies and The Habibie Center, as well as a University Fellow of Charles Darwin University. Her latest book (with co-author Greg Lopez) is entitled Regime Resilience in Malaysia and Singapore. She is following the Malaysian GE14 2018 campaign on the ground and providing her analyses exclusively to Malaysiakini readers. She can be reached at [email protected]