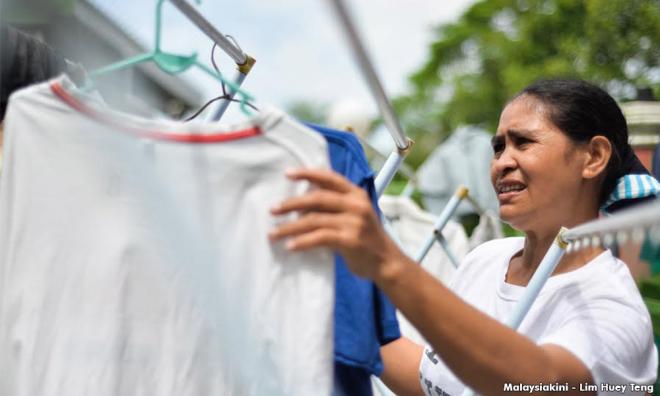 LETTER | It is coming close to a year during which maid agencies were totally closed for business and all are languishing in despair. With zero income for almost a year, many are on the brink of folding adding more to the jobless market. Sounds ironical that employment agencies add more to the jobless market but that will be a reality if we are not allowed to move on with our businesses.

The government might have missed the forest for the trees. Though a relatively small industry probably having less than 500 active players in West Malaysia, the government must take cognisant of it as it has a multiplying effect on the economy of the country. Though direct contributions to government coffers might not be significant (about RM120 million a year mostly from levies) the indirect contributions are enormous and not quantifiable.

Without these foreign maids, many professional Malaysians will not be able to work hence depriving the country of the necessary human resources to attract foreign direct investments.

Maids are also needed by expatriates and "Malaysia My Second Home" visa holders and we appreciate the government for the provision of allowing expatriates to have their foreign maids at these difficult times but surprisingly leaving the locals out. Indeed, for locals, there are far more crying needs for foreign maids not only for taking care of children but also for old folks who are desperately in need of help.

As an alternative, many employers are hiring illegal foreign maids who prefer to stay out, meaning they come in the morning and go off after work in the evening. These illegal maids are usually brokered by illegal agents, and once there are problems, the latter will disappear. Hence, I will take this opportunity to advise employers not to deal with any of these insidious illegal agents. Furthermore, the illegal maids will usually demand exorbitant salaries which are an extra burden for employers during this difficult time. But the latter has only Hobson’s choice right now.

Besides this, the more pressing concern is that these illegal foreign maids will be more precarious to the employers and their families as the chances of these maids contracting Covid-19 is much higher because of the stay-out arrangement. For those that are brought in legally, we are certain that every maid will have to follow the meticulous and strict medical protocols before departure and on arrival. Hence employers paying extra for whatever medical protocols required to bring in the maids. This is certainly cheaper and medically safer for them in the long run.

Statistics, as provided by our Senior Minister Ismail Sabri Yaakob Ismail, show that 117,449 passengers had arrived through KLIA between July 24 last year to Feb 5 this year from various countries. A total of 489 people tested positive and were sent to a hospital for treatment. This effectively means that those arriving from overseas contribute only 0.42 percent of positive cases. This means only one positive case out of 238 arrivals which is statistically insignificant. Moreover, according to government reports, this current wave of Covid-19 infections involve mostly local transmissions and most of the clusters formed were caused by laxity in observing standard operating procedures (SOP).

As a matter of fact, many other receiving countries like Singapore, Hong Kong, Taiwan and most Middle Eastern countries have already opened their borders for foreign maids for quite some time and so far, there are no incidents of clusters there as the maids are all staying with their employers.

To call for a total ban on foreign maids without sound reasoning and statistical backup is totally unfair and lacks consideration for the maid industry and akin to breaking a butterfly on a wheel.

Many other businesses who appealed to the government were allowed to operate, examples are restaurants, optometrists, night markets, barber shops, hair salons and car washes. And from Feb 10 onwards, most other remaining businesses will be allowed to open including gambling outlets. We highly appreciate the government for being empathetic to them and for taking into consideration the balance between life and livelihood. We hope the same consideration will be given to the maid industry.

The government - especially Jabatan Tenaga Kerja Semenanjung Malaysia (JTKSM) - must appreciate that maid agencies have been exceptionally patient because like all concerned Malaysians, we want to share the responsibilities of containing the virus in whatever manner we can. But our funds are running thin and we need help now. Most of us have just paid our licence renewal fees and all other fees diligently. We put up the bond of RM100,000 to RM250,000 to the government as required. We have never asked the government for any special assistance because we never thought the ban will drag on as if it is infinito.

Our burn rate is from RM15,000 to RM50,000 per month, including bond payments to the bank, normal monthly expenses, company expenses and a string of other fees, like accreditation fees to foreign governments, etc. But the greatest worry is the sword of Damocles hanging over our heads, that is losing the deposits paid to our counterparts in the source countries for booking their maids. The sum usually ranges from RM50,000 to a few hundred thousand ringgit depending on the level of business activities.

The fear of losing these deposits has given many agencies sleepless nights as the longer we wait, the chances of recovery fade. The prolonged hiatus has given opportunities for our foreign counterparts to do the disappearing act and some are already incommunicado.

We do not have the luxury of waiting any longer as most of us cannot survive if the government keeps on holding us back. We therefore fervently request empathy from the government to consider re-opening this sector as soon as possible. Perhaps it would be prudent to start the ball rolling by initially allowing maids with approved calling visas followed by allowing new applications one month later. Even if the government allows us to start the processing now, it will take about three months before foreign maids can begin to come in.