MALAYSIANS KINI The first story London-based Malaysian writer Zen Cho ever wrote was when she was six.

"I don't even remember writing this story, my mother tells me about it. It was kind of a rip-off of '101 Dalmatians'," she told Malaysiakini in a Skype interview.

It was about a young girl whose pet rabbit had been stolen, along with other rabbits, and she discovers the villain intends to make a rabbit fur coat, Cho explained.

In the end, the villain laughs so hard while relating his evil plan to a friend through the phone that he essentially dies from the fits of laughter, she said.

"My mum thought this was the funniest part because she thought I couldn't come up with an ending," she said.

Though she described that story as her first major work, Cho's debut novel, 'Sorcerer to the Crown', was recently published in September last year. 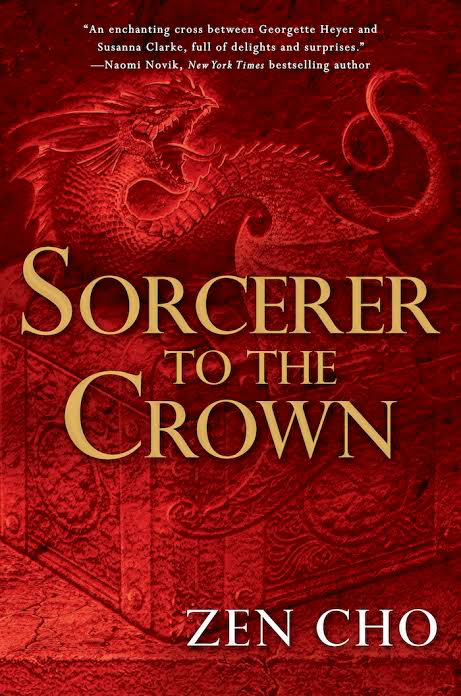 It is the first book in a historical fantasy trilogy set in London during the Regency era (early 19th century) and features a black man, Zacharias Wythe, and a mixed race woman, Prunella Gentleman, as the main characters.

Born in Malaysia, Cho's family moved to the US when she was young and then moved back to Malaysia.

Then she went to Cambridge in the UK to study law, where she met her husband.

Cho, 29, is now based in London and juggles being both a writer and a lawyer.

She will be having a question and answer session as well as a book signing event at Kinokuniya in Suria KLCC, Kuala Lumpur, on Saturday, Feb 13 - her first public event in Malaysia since the release of her debut novel.

This is Cho's story, in her own words:

I ACTUALLY REALLY LIKE AND GREW UP ON BOOKS written in historical periods. Penguin used to do a series of cheap paperbacks, like Charlotte Bronte, Jane Austen, Charles Dickens. I used to buy and read them, mainly because they were quite cheap. So it was a lot of reading material for quite little money.

Georgette Heyer (whose novels were set during the Regency period) is a big influence on my current book ('Sorcerer to the Crown'). (Her books) are very light reading but they're very well done and they're quite clever. There's a lot of funny banter and amusing escapades. They're very entertaining and good for comfort reading.

So 'Sorcerer to the Crown' is quite strongly influenced by that genre of Regency fiction, rather than any fantasy genre.

I REALLY WANTED TO WRITE JUST A FUN BOOK , the kind of book you would read if you weren't feeling well and you just wanted to read something fun but I wanted it to have a bit of substance as well, obviously.

When I was writing it, I was thinking what I'd like to show was the centrality of the colonial territories to England at that time.

And the reason for that is that when you read a Regency novel, things like slavery and imperialism are central to the book, even though you don't really see them.

So one thing I wanted to do was to have a fun book in a setting that was very recognisable to a lot of people and very fun but also kind of prod at this idea, like look at these people who are living at this nice house, but actually this house was bought with the proceeds of crime.

ONE THING THAT BRITISH AUTHORS DO is that they describe people as dark when they mean dark-haired. When I was growing up, I would read this and I'd go, 'Oh I thought all these characters were white', because in Malaysia, if you say dark, you mean dark-skinned.

Then I grew up and realised it's just a difference in perception. But I thought wouldn't it be interesting to have a Regency romance set in London and the main character was somebody who was actually dark-skinned.

So that's why 'Sorcerer to the Crown' focuses on England's first African sorcerer royal, who's a black man living in the 1800s and he's had this power kind of given to him but it doesn't make his life any easier.

SCIENCE FICTION AND FANTASY AS A GENRE has been having a lot of conversation about race and other axes of diversity recently and I think the book is just like a continuation of that conversation, in a sense.

In a way, I think if it had just been a standard Regency historical fantasy novel and the main characters have been white, I suspect it might not have got as much attention actually.

I think people are quite interested in reading something different.

A LOT OF CHARACTERS OF MINE are people who are in between cultures.

I think this is because of my shifting around a lot in my childhood.

That kind of shifting around and growing up in Malaysia itself, it's a hodgepodge of culture and you get these different cultural influences and pressures.

I think you do end up feeling like you're in between one or several cultures and that's the kind of feeling that ends up getting into most of my stories.

I THINK DIVERSITY IS IMPORTANT and it's something I'm definitely interested in. I would prefer to contribute by writing stories that reach people or maybe make people see things in a different way or make them feel like, 'Oh, that's the first time I've ever seen someone like me in a book'.

Stuff like (being a) poster girl (for diversity) or whatever, it's something that is external and I try to avoid getting sucked into external stuff around writing and books, because connection is one thing but all the other stuff is just a distraction. I don't read reviews for example.

I think it's really important as a writer to try to preserve that space where you're just doing what you want to do and letting other people's opinions influence that too much is just often a bad idea.

I NEVER HAVE ANY THOUGHTS OF SPEARHEADING ANY MOVEMENTS of that kind (related to diversity). It just sounds like too much work. I would say it's something I have close to zero interest in.

But I would like to do mentoring in the future, for example. I do the occasional community service thing.

I think it's quite important for writers to stay in touch with the community, but at the same time, when you're a writer or an artist of any kind, you have to be kind of selfish about your time and your energy and at the end of the day, it's quite easy to get distracted by things which are not the work.

I suspect the more prominent you get, the more distractions there are. That's something I avoid generally. I'm just here doing my thing. I'm happy to participate in the conversation but I won't be spearheading any campaigns anytime soon.

MOST MALAYSIANS FROM MY SOCIO-ECONOMIC BACKGROUND who are interested in books end up in law, maybe because they think it'd be a good way to leverage their skills.

(I juggle being a lawyer and writer) with difficulty. I now work part-time as a lawyer which helps a lot. Two days for writing and two days for law. Before this, I was juggling a full-time job as a lawyer and then coming home and writing in the evenings and the weekends.

Ultimately, I'm not really in this to become super famous. I just want to keep writing and enjoying it.

If you've got a good book and it's a readable book and a book that editors can imagine people want to read, the publishing process is not difficult.

The hard part is writing it.

I spent a couple of years - even after finding an agent - just revising the book, even before any editor saw it. And once an editor bought it, I did more work on it.

In that sense, it wasn't difficult to find editors who are interested in it, but it was hard because it took a lot of work to get there, to make a book that people would be interested in.

I DO THINK IT BOILS DOWN TO LUCK, HARD WORK , and so on, because I said it was easy (to get 'Sorcerer to the Crown' published), but I had written a couple of full-length novels before that.

Nobody ever saw those because I wrote them and then I thought, actually, this isn't going to work, so I just tossed it and started again.

So I think if you're a writer, you just have to be prepared for rejection. There's going to be a time when everyone will be saying ‘no’ to you, and you just have to push through so that's kind of a part of the process.

It's difficult but it's not unusual.

Pianist bears no grudge over concert cancellation due to Bersih 2

This Malaysian youth has helped 10,000 Syrian families and counting