MALAYSIANSKINI | Branden Lim was testing out a prototype wheelchair when Malaysiakini arrived at his home in Damansara Jaya for an interview.

“Wheeee,” the seven-year-old said with delight as he navigated his jerky wheelchair using an iPad.

Branden has a severe form of spinal muscular atrophy, which leads to loss of motor neurons and progressive muscle degeneration.

His parents, Edmund Lim and Yap Sook Yee, explained that the wheelchair is a prototype for a line of smarter and more responsive mobility aids.

“It’s the first one,” their father corrected with a laugh, as a delighted Branden continued to move the jerking wheelchair around the living room.

The familial banter continues in the latter half of the interview when Branden obliged with a painting. 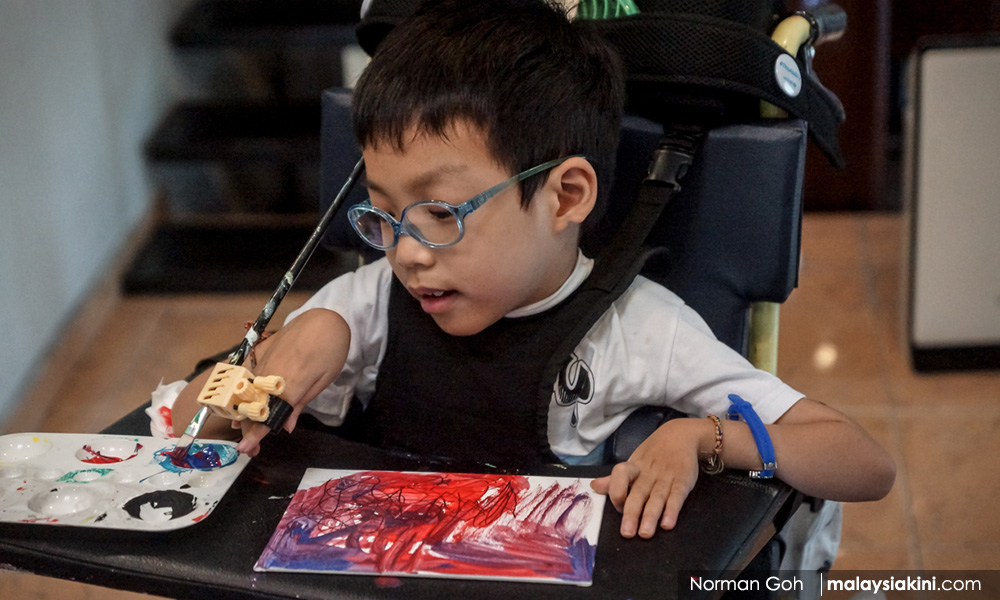 His family recently won a grant of US$5,000 in a design competition, jointly organised by the United Nations Children’s Fund (Unicef) and Petrosains, for a gripping assistive device to help Branden and others with limited fine motor skills, strength and dexterity.

Branden showed off how he paints with the help of the assistive device, which wraps around his hand with a Velcro strap attached to a plastic device that grips a paintbrush or marker pen.

He wrote out his name on the painting, occasionally looking to his mother for help. When the red and blue painting with a touch of green was ready, Branden declared "Guess!"

After much bantering among the four family members, Branden revealed it to be a "robot crab".

Branden had started painting as a form of occupational therapy but gradually lost the ability to grip paintbrushes on his own as the muscle atrophy progressed.

Spinal muscular atrophy (SMA) is a rare genetic disease which affects the part of the nervous system that controls voluntary muscle movement.

Branden’s parents first noticed the symptoms in his infancy, when they realised he missed physical milestones and did not gain sufficient weight.

“We were trying to be positive, we always thought he was a ‘relaxed’ baby,” Edmund said.

As Branden did not catch up in his development as an infant, his mother decided to send him for genetic testing for several conditions. 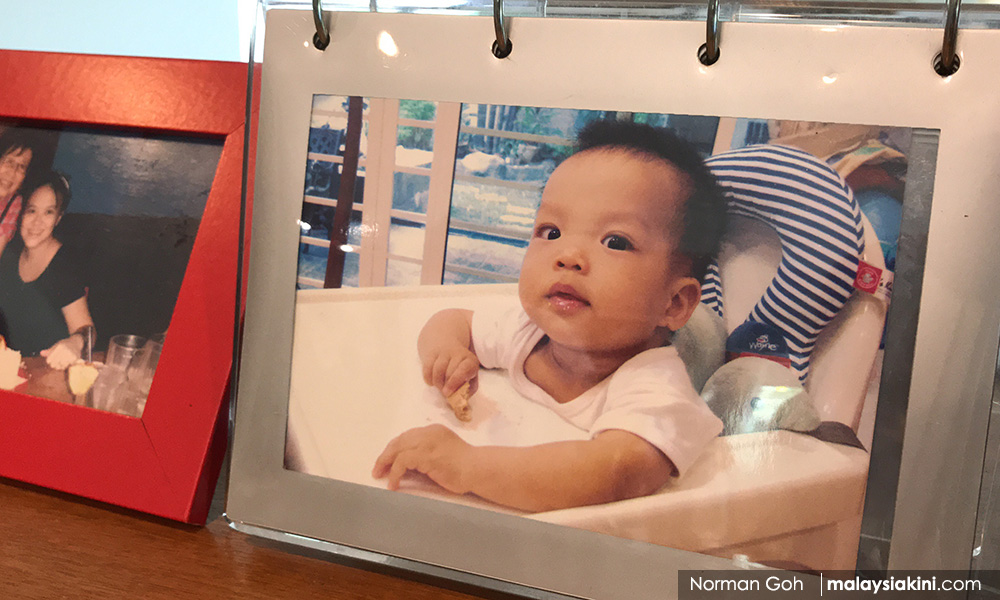 Shortly after his first birthday, the test results came back positive for SMA.

Edmund related that the first few weeks upon receiving the news was "traumatic".

They did not have anyone to connect with and doctors were not able to offer much hope.

“(But) we took the cue from our child. It was quite obvious that Branden wasn’t giving up,” the father said.

For the Lim family, it appeared that they had to fight the battle on their own.

But it was a couple of years later that the family realised they were not alone, as they came in contact with another family in a similar situation.

Finding support from families in a similar situation was only the first step as the Lim family realised that knowledge and expertise about SMA in the country are limited.

Having spent countless hours researching on SMA, they found that the treatments and therapies for SMA were a lot more progressive overseas. It made a world of difference.

For example, Branden was being hospitalised at least once a year for pneumonia due to his weak muscles and not being able to deal with coughing.

From their research, Branden's parents began adopting treatments such as hydrotherapy and utilising a cough assist machine.

Now, his parents say, he has not been hospitalised for two years.

Having been through the process themselves, Lim and Sook Yee realised the need for a support network for those with SMA and their families.

This led to the creation of the We CARE Journey. Both Lim and Sook Yee are now dedicating full-time to the organisation.

“We hope that with awareness it makes a difference. So that if people (look up on) Google, they can find a family (to connect with) easily.

"It is important to reach out to them to let them know you are not alone,” Sook Yee said.

It is equally important, she added, to educate families, not only about the time and effort that will be expended on taking care of those with SMA, but also about the cost.

She revealed that the one-time cost of machines needed to take care of those with SMA can easily cost upwards of RM100,000, while the costs of feeding tubes, special milk and other related items could come up to RM2,000 a month. 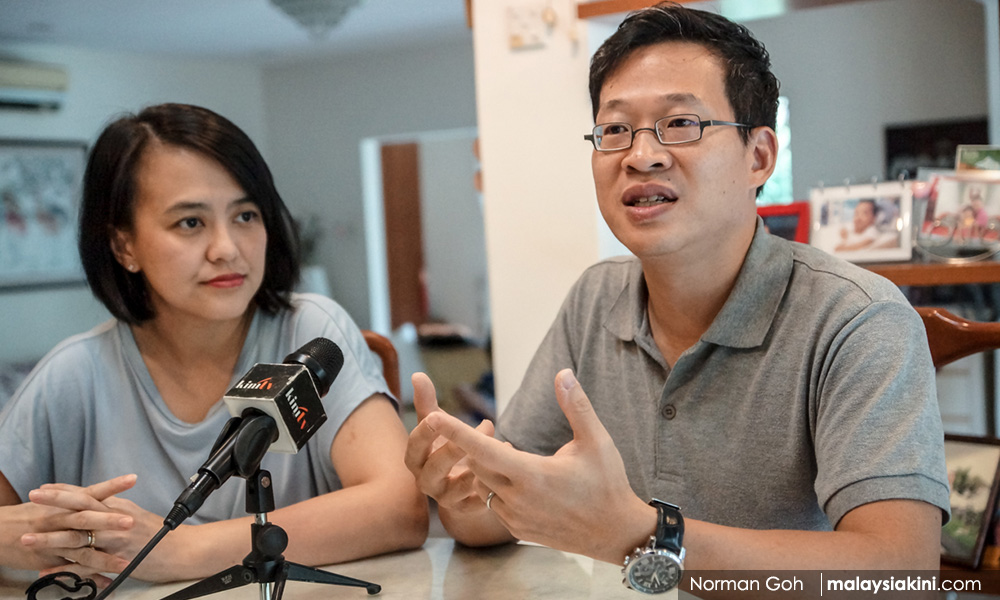 “We literally did not go out as a family for a year until we realised that we have to be realistic and more practical, even for Jaden,” she said.

Part of what We CARE Journey tries to do, she said, is to make sure every family that has to care for someone with SMA can make informed choices.

They also play matchmaker in helping SMA patients get access to suitable treatments and therapies that might not yet be offered in Malaysian hospitals.

Right now, they are looking at how to access a new drug to treat SMA, which was approved by the US Food and Drug Administration (FDA) in December last year, but is not yet available in Malaysia.

According to an FDA press release, the drug called Spinraza (Nusinersen) is an injection administered into the fluid surrounding the spinal cord.

In the clinical trial carried out on 121 patients, 40 percent of those treated with the drug achieved improvement in motor milestones, whereas none of the control patients did.

Edmund said this drug could be a “big game-changer” for SMA patients, but acknowledged that such drugs are expensive and are unlikely to be approved in Malaysia at this stage.

Other things that they are working on include trying to get society to be more inclusive and to recognise the rights of people with disabilities.

They also work on awareness programmes, such as a "Wheelathon" this New Year’s Eve, vaccination and cough assist machine programmes and education programmes for SMA patients.

Going to school is difficult for SMA patients due to their delicate condition, as well as accessibility issues.

Branden has yet to find a school that can cater to his needs. He is currently attending an enrichment centre.

Despite the challenges, Lim and Sook Yee said they learn a lot from Branden, who “always has a smile” on his face.

“He is able to distil his days, his moments into something positive,” Lim said.

He recalled that one of the things Branden likes to say to him when he gets upset is, “Daddy, take a deep breath... and fart.”

“I mean, how can you stay angry after that?” Lim said.

Lighting the way for neglected girls

The rebel educator who seeks to enlighten people

Subscribe Today
Read more from this author :
Geraldine Tong
Read more like this :
#malaysianskini
#muscularatrophy
View Comments
Most Read
Most Commented
Most Recent