The 1MDB taskforce has revealed that former premier Najib Abdul Razak will be charged tomorrow.

In a brief media statement this evening, the taskforce said he would be charged at the Kuala Lumpur Sessions Court tomorrow morning.

Meanwhile, sources told Malaysiakini that Najib might be slapped with multiple charges.

“He could be charged under Section 409 of the Penal Code for criminal breach of trust (CBT) and Section 23 of the MACC Act,” said the source. 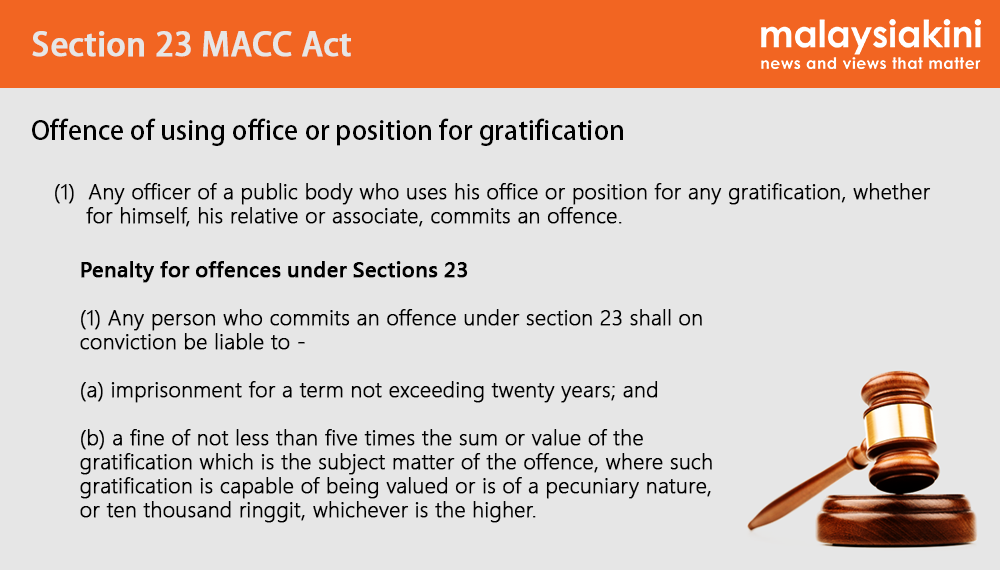 According to the source, the former premier could also be charged under the Anti-Money Laundering, Anti-Terrorism Financing and Proceeds of Unlawful Activities Act 2001 (Amla).

The police are investigating Najib under Amla.

If convicted for CBT, he could face a jail term of between two to twenty years, whipping and would also be liable for a fine.

Whereas Section 23 of the MACC Act is related to offences of using the office or position for personal gratification or for family members.

MACC officers had detained Najib at his residence in Jalan Duta this afternoon with regard to the commission's investigation into the SRC International issue.