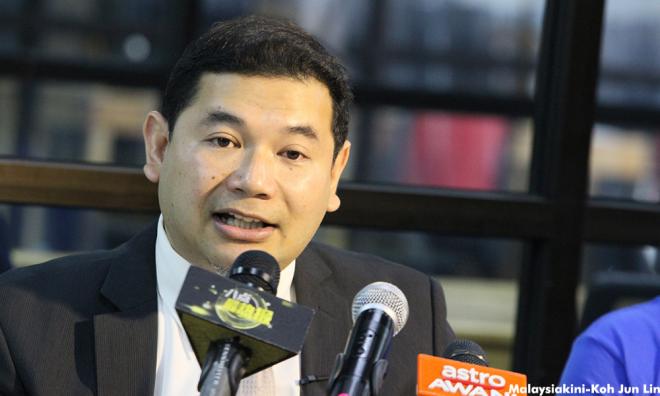 The MACC has been urged to treat detained former prime minister Najib Abdul Razak fairly, following his arrest this afternoon.

Among those calling for a fair treatment were PKR vice-president Rafizi Ramli and Syahredzan Johan, political secretary to DAP adviser Lim Kit Siang.

"I was among his fiercest critics. But I pray that he is accorded kindness and treated with the dignity befitting a former PM," Rafizi tweeted, adding that he prayed justice would prevail.

Meanwhile, Syahredzan, who is a lawyer, hoped that lock-up rules would be adhered to.

"If Najib has to spend the night in lockup, please ensure the lockup rules are adhered to. The rule of law must be adhered to, regardless of how much we despise the person arrested.

"And there is no need for handcuffs, I would think," he tweeted.

The MACC had taken Najib from his home in Jalan Langgak Duta, Kuala Lumpur, to their headquarters in Putrajaya.

The 1MDB taskforce said they would be charging Najib tomorrow.

Meanwhile, Umno president Ahmad Zahid Hamidi, who was being questioned at the MACC headquarters, said he was unaware of the arrest.

"I did not know Najib was arrested, I was inside. I respect the rule of law, I am confident it was done to clear the case... to clear the perception of the public.

"Now the court of public opinion played an important role in creating the negative perception (towards Najib)."