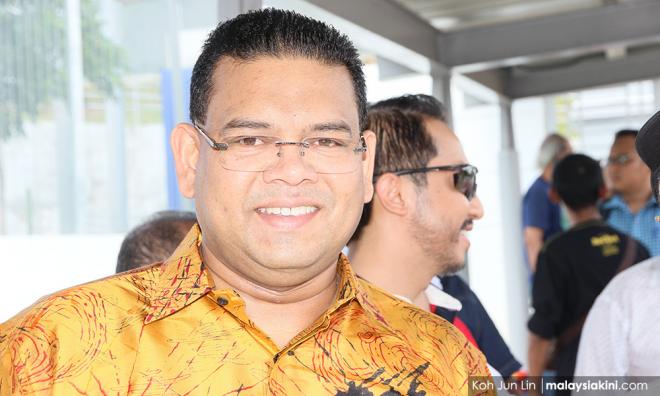 He said the rally would be held from 9pm to 11pm.

"I urge all Malaysians, come and protest this persecution against Najib tonight... Let us sacrifice our time to be outside the MACC headquarters as a sign of solidarity with Najib, and to show our disappointment with a cruel government," he added in a statement this evening.

Lokman, who is also the president of NGO Pemantau, questioned the need to detain Najib overnight.

"Is he a criminal who will flee the legal process? Has he not given full cooperation by showing up at the MACC (headquarters) without problems?

"Can't the same method be used by MACC to bring Najib to court to be charged?" he asked.

Lokman also questioned if the detention was a sign that MACC chief Shukri Abdull was exacting vengeance against the former prime minister.

In a separate statement, Batu Pahat Umno division chief Mohd Puad Zarkashi also expressed hope that the MACC's move against Najib was not done due to pressure from parties out to exact revenge against him or Umno.

"What is hoped is that the MACC's action is be carried out professionally and it must not allow for any 'trial by media' to create a perception that leads to an injustice against Najib," said the former Umno supreme council member and ex-head of the BN government's propaganda arm.

Puad said his call was made as in the past, reports surrounding the raids on properties linked to Najib had been "sensationalised" to create a negative perception that the items were bought using 1MDB funds.

MACC officers had arrested Najib at his residence in Jalan Duta at 3pm this afternoon in connection with the commission's investigation into the SRC International issue.

Following this, the 1MDB task force said the former premier would be charged at the Kuala Lumpur Sessions Court tomorrow morning.