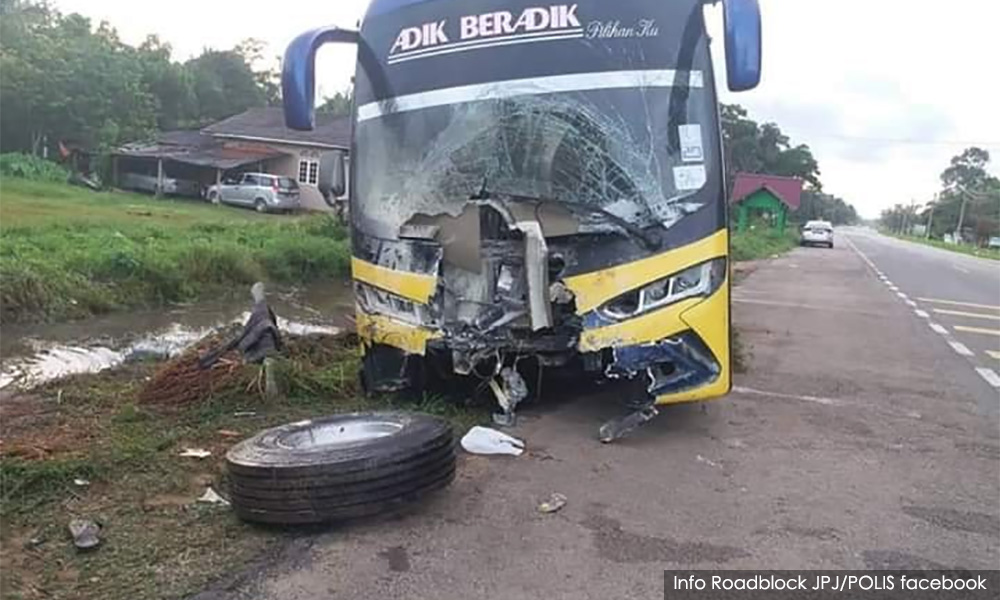 Four people, including a newly-wed couple, were killed in a collision between a car and an express bus at Km131.2 Jalan Kuantan-Johor Bahru early today.

The couple killed in the crash, which occurred at 1.48am, was identified as Mohamad Syahmi Emir Mohd Rawi and his wife, Nur Diana Afifah Hasnulhady, both 24 and from Johor Bahru. They died on the spot.

Their bodies were sent to Rompin Hospital for post-mortem, he added.

He said Mohamad Syahmi Emir, who was at the wheel of a Perodua Viva car, was driving from Kuantan towards Johor Bahru when the crash occurred.

The couple and the children were said to be on their way home to Mersing, Johor, after a holiday in Teluk Chempedak.

Azli said Mohamad Syahmi Emir was believed to have lost control of his car when it veered into an oncoming lane and collided with the bus.

The impact caused the bus and the car to drag for about 30 metres before both vehicles landed in a drain, he said when contacted by Bernama.

He said the bus driver and the 30 passengers escaped injury in the crash.

Meanwhile in another road crash, at Km164 of the East Coast Expressway in Maran, yesterday, a bus driver and his three passengers were injured when the vehicle crashed into the rear of a trailer.

Maran district police chief DSP Norzamri Abd Rahman said the crash occurred at 9.24pm when the bus was on its way to Kuantan from Klang.

The bus driver and the injured passengers were sent to Maran health clinic for treatment, he added.