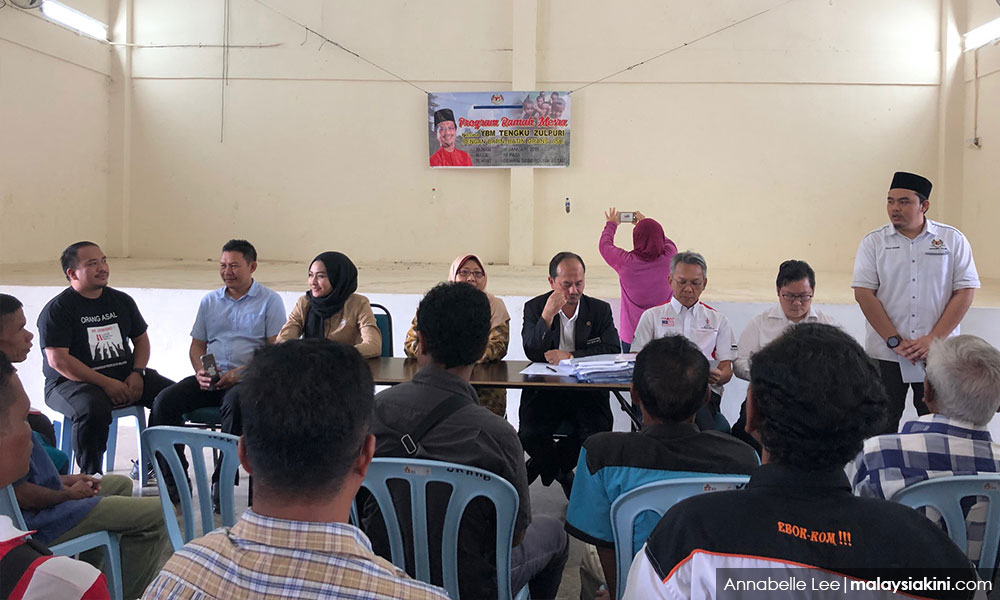 During the dialogue, Bob Monalan had said that tok batin who do not support Harapan should be denied their wages and even removed.

PKR president Anwar Ibrahim said that there should be no coercion in a democracy and urged Bob Monalan to explain himself.

Bob Monalan later claimed that he was misunderstood. Malaysiakini has published the audio recording of his speech.

Umno supreme council member Lokman Noor Adam was the fourth person to be detained by the police over the past week for allegedly committing sedition.

This has led to outcry from politicians from both sides of the divide and civil society groups, including New York-based Human Rights Watch.

PKR lawmaker Hassan Abdul Karim said although he was a backbencher, he was unhappy that the Sedition Act 1948 remains in force as someone who was charged under the law before.

Constitutional lawyer and DAP member Syahredzan Johan said the authorities could have applied laws other than the Sedition Act 1948 on Lokman and the three others.

Former prime minister Najib Abdul Razak said Bukit Gelugor MP Ramkarpal Singh should be subject to the same law for insinuating that the government was not taking action on the death of Teoh Beng Hock.

The Bar Council expressed concern not only over the continued application of the Sedition Act 1948, but other "oppressive" laws such as the Prevention of Terrorism Act 2015 (Pota), the Prevention of Crime Act 1959 (Poca), and the Security Offences (Special Measures) Act 2012 (Sosma).

Home Minister Muhyiddin Yassin has reprimanded Ramkarpal for insinuating that the former did not instruct the police to reopen investigations on Teoh's death.

Semenyih state assemblyperson Mohd Bakhtiar Mohd Nor, 56, passed away following a heart attack. Another by-election is expected to be called within 60 days – the sixth since GE14.

The Prime Minister's Office clarified that Dr Mahathir Mohamad did not go to Istana Negara uninvited with the intention of being sworn in as prime minister as alleged by former chief justice Abdul Hamid Mohamad.

The Pahang Royal Council met for three hours in Kuala Lumpur. A special announcement is slated for today.

The federal government will not impose a ban on Zakir Naik from lecturing in the country as long as he abided by the law.

Petrol prices will come down by one sen per litre today while the price of diesel will go up by one sen.

Chief Justice Richard Malanjum proposed that community service be introduced as a form of punishment for certain law breakers.

Today is nomination day for the Cameron Highlands by-election. Polling is on Jan 26 after a 14-day campaign.

Najib will be making a special address at Residensi Kerinchi, Kuala Lumpur, this afternoon.