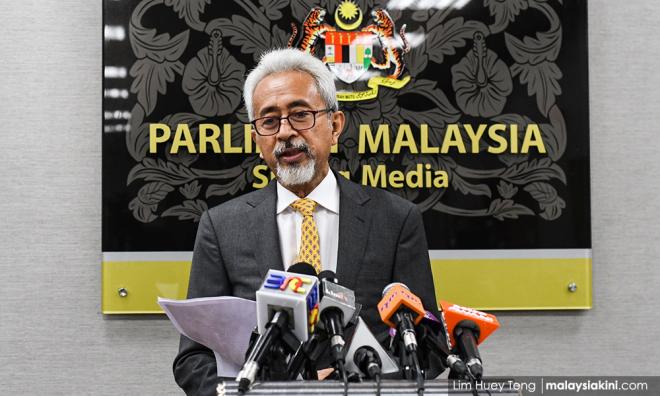 Umno and PAS are willing to do anything to get into power including turning their backs on true Islamic teachings, claimed Terengganu Amanah chief Raja Kamarul Bahrin Shah Raja Ahmad (above).

In a statement today, he also questioned Umno for allegedly raising religious and racial issues during the ongoing Cameron Highlands by-election campaign period.

"Umno and BN had been in power for over 60 years and (former prime minister) Najib Abdul Razak was the prime minister for two terms but the issues of tanah adat (customary land) and public housing are still not solved.

"The main question today is why racial and religious are the main weapons used by Umno and BN in this by-election and if they were indeed a responsible government for the country and this state (Pahang)?

"PAS who used to see Umno as a biawak (a lizard) is now supporting the racist struggle of Umno which is prohibited by Islam.

"PAS and Umno are desperate and willing to do whatever it takes to obtain power. Even if it means turning their backs on true Islamic teachings by triggering racial and religious sentiments which may damage this country that we have built together in harmony," he said.

Raja Kamarul Bahrin also ticked off PAS for its close cooperation with Umno in the by-election which he claimed would not be seen in Terengganu where the people there are far more conservative.

He added that this was because PAS ordinary members still could not accept Umno.