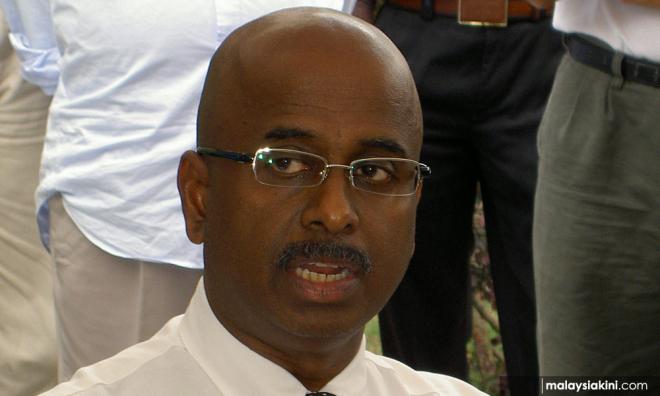 This comes after Court of Appeal judge Hamid Sultan Abu Backer alleged that members of the judiciary had conspired with nominees of politicians to defraud the government.

He also claimed that there was judicial interference in both Anwar’s second sodomy trial and the late DAP chairperson Karpal Singh’s sedition appeal.

In a statement today, Sankara pointed out the couple needed to show they were serious about reforms now that they were part of the government.

“Many a time in the past, whilst I was engaged in the Anwar (court) cases, Anwar and his party (PKR) and Wan Azizah (had) called for RCIs umpteen times on many issues, some much lesser in seriousness than this.

“I call upon them to ‘walk the talk’ now that they are in a position to do so,” he said.

Wan Azizah previously said that it was important for the government to “look into” establishing an RCI, adding that Prime Minister Dr Mahathir Mohamad was considering it.

Sankara said with the recent allegations, Pakatan Harapan, which had not made significant progress in reforming the judiciary, now had a reason to do so.

“It is notable that since May 9 (2018), the new government has made great strides in making reforms both to the executive and to Parliament, the two arms of the government.

“In contrast, they seem to have not progressed much on seriously needed reforms in the judiciary, the third arm. These revelations present the Harapan government a golden opportunity to make the reforms,” he said.

Like Hamid Sultan, he agreed that an RCI was the best way to reform the judiciary.

“There is no doubt in my mind that to get to the bottom of it once and for all, an RCI is the most effective and transparent mechanism to be employed.

“It is the best way forward to right the wrongs of yesteryears, in a much delayed judicial reform process,” he added.

Sankara, who acted for Anwar during the latter's first sodomy trial, commended the judge for his courage in making the revelations in writing.

“Hamid Sultan has now set his mind to perform a judicial kamikaze, risking everything. He must be commended for belling the cat while others moan and groan, but lack gumption,” he said.

Hamid Sultan had made his revelations in an affidavit filed in support of lawyer Sangeet Kaur Deo’s application to declare that the chief justice had failed to defend the integrity of the judiciary over the above-mentioned alleged instances of judicial interference.

The MACC has attempted to seek more information from him over his claims, but the judge deflected the request, vowing to speak only in the event of an RCI.

Making a similar call today was human rights NGO Proham, which underlined the urgent need for an RCI to probe possible criminal offences by the judiciary.

An independent judiciary is vital in a democracy as citizens look to the judiciary to protect their rights,” said its chairperson Kuthubul Zaman Bukhari in a statement.