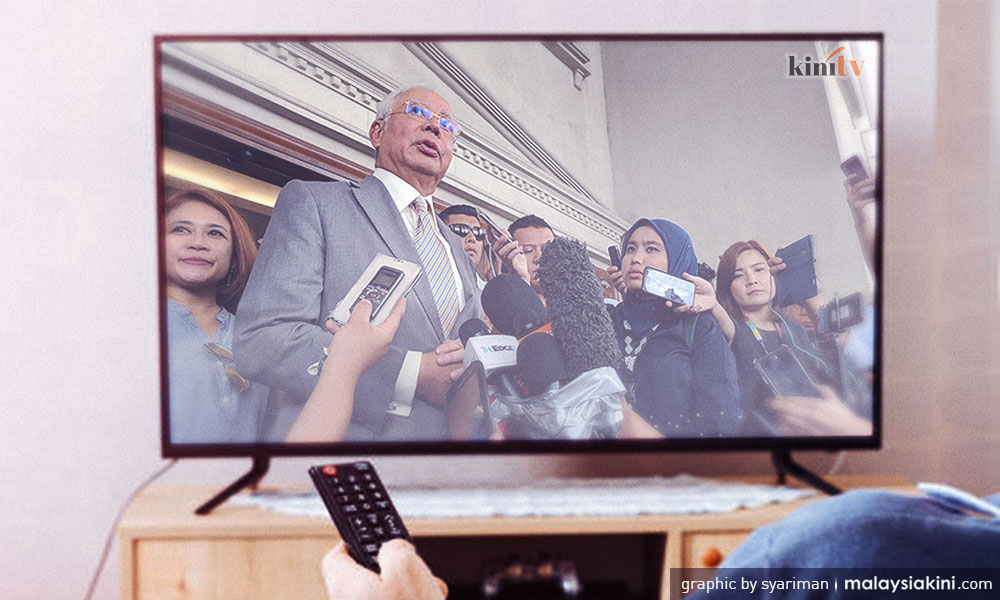 1. The Chief Registrar’s Office of the Federal Court has said that no trial in any court can be recorded or broadcast live, despite pressure to allow this for the corruption trials against former prime minister Najib Abdul Razak that are due to start tomorrow (Wednesday).

2. Meanwhile, Najib made another attempt to postpone his trial involving SRC International Sdn Bhd by applying for a judicial review on the Federal Court’s decision not to grant him a stay on the proceedings.

3. One of Agriculture and Agro-based Industries Minister Salahuddin Ayub’s aides was arrested by the MACC for allegedly receiving a luxury watch as gratification.

5. A tribunal investigating former Election Commission members for alleged misconduct was undecided on whether to make its finding public or report to the Yang di-Pertuan Agong.

6. The proportion of deaths attributed to speeding offences has fallen from 24 percent to 13 percent since the Automated Enforcement System (AES) was implemented, according to Transport Minister Anthony Loke who cited a Malaysian Institute of Road Safety Research (Miros) study.

7. A report claimed that Najib has been slapped with an RM1.5 billion bill for unpaid taxes from 2011 to 2017, but the former prime minister insisted that foreign political donations are not bound by local tax laws.

8. The investigating officer probing firefighter Muhammad Adib Mohd Kassim’s death said Adib’s uniform may have been washed before being handed to the cops, and that police had asked Adib what caused his injuries, but to no avail.

9. The Election Commission has rebutted BN candidate Mohamad Hasan's claim that it delayed the date of the Rantau by-election to slow BN's momentum.

10. Vietnamese national Doan Thi Huong has escaped the gallows after pleading guilty to an alternative charge of “causing grievous hurt” instead of murder, bringing the trial on the murder of North Korean national Kim Jong-nam to a close.

kiniroundup
Related Reports
Amanah will sack members campaigning for independent candidate
a year ago
Johor MB in the dark about TMJ's ship hub claim
a year ago
That's politics, then and now - Rafidah on racial and religious rhetoric
a year ago
Malays must break fear they’re under threat, says Johor MB
a year ago