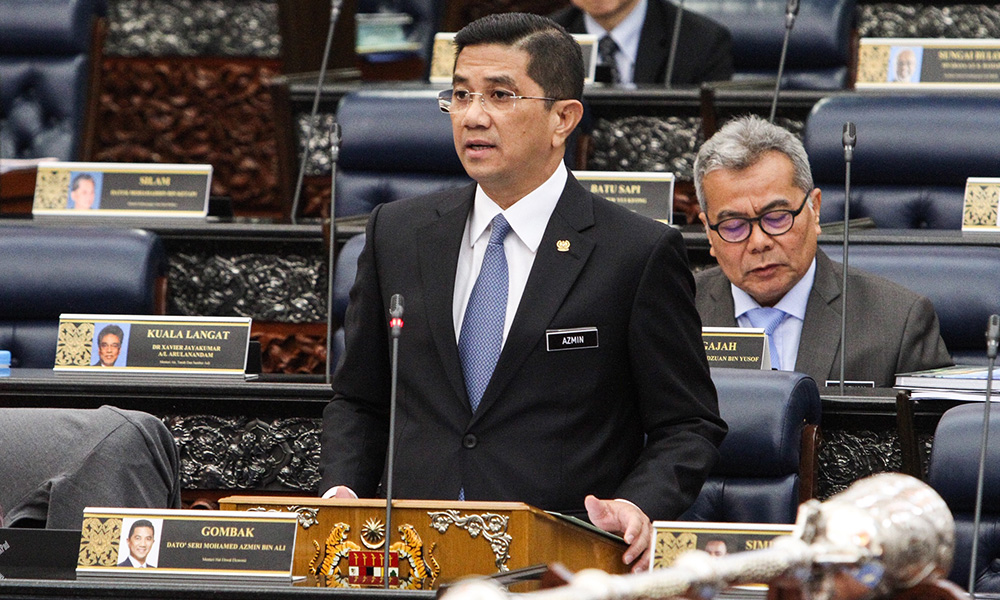 In his speech during the tabling of the White Paper on Felda, Azmin said Najib had a direct role because he was finance minister at the time.

"This is not only irresponsible, it is criminal. Such evil acts had caused Felda to be saddled with debt," he said while referring to Najib as "MO1".

Eagle High is a subsidiary of PT Rajawali Capital International, which is owned by Najib's associate Peter Sondakh.

According to Azmin's speech, Felda paid 96 percent more than the market value for Eagle High's shares.

Azmin also fingered Mohd Isa Samad, whom he termed as "FO1", who was the chair of Felda, Felda Investment Corporation Sdn Bhd, FGV Holdings Bhd and their 39 subsidiaries.

This, said Azmin, had led to many instances of conflict of interest.

"As an example, the acquisition of Park City Grand Plaza Kensington in London was done by FO1, without the approval of the Felda board, above market price and in violation of Felda's investment policy.

Park City Grand Plaza Kensington was among eight Felda investments that were scrutinised during a forensic audit for the White Paper.

Azmin said Felda's management had lodged police reports against the those implicated in the forensic audit.