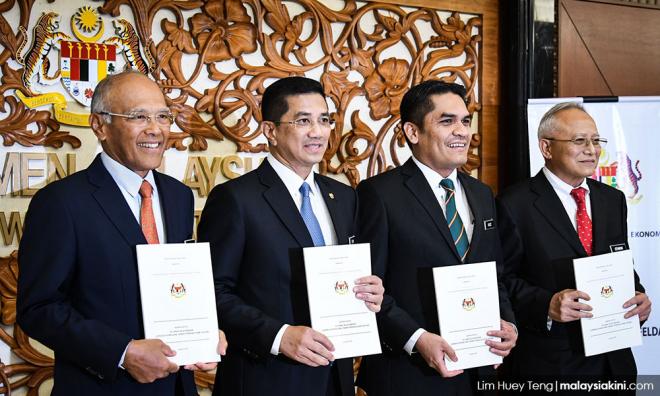 PARLIAMENT | Putrajaya intends to spend RM6.23 billion in stages to revive Felda, which has been deeply in the red since 2013.

In tabling the government's White Paper on Felda today, Economic Affairs Minister Mohamed Azmin Ali told the Dewan Rakyat that the funds will be in form of grants, government guarantees, and loans.

The government will allocate RM2 billion on the interest payments for the Cost of Living Loans and Advance from Yield scheme.

Another RM1 billion will be used over four years to introduce "smart farming" and "precision agriculture" technology to Felda-operated plantations.

The government will also spend RM250 million on housing for Felda settlers.

The White Paper – titled "Towards a sustainable Felda" – had studied Felda's financial position between 2007 and 2017.

The conclusion was Felda had been profitable between 2007 and 2012, but has been in the red since.

The turning point was the change in Felda's business model with the formation of Felda Global Ventures (now FGV Holdings Bhd).

FGV raised RM10.5 billion from the initial public offering, but money was not spent on profitable ventures.

The White Paper also said that Felda's debt exceeded its the net value of its assets for the first time in 2017.