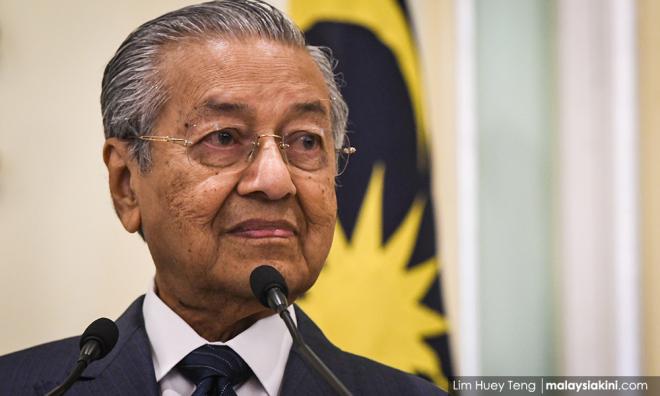 PM expects rulers to decide on new CJ this week

Prime Minister Dr Mahathir Mohamad believes that the Conference of Rulers will decide on who will become the next chief justice by this week.

"We are waiting for the rulers' approval. I think it should come before the end of this week," he told reporters in Putrajaya today.

The post of the chief justice has been vacant since April 12, following the retirement of Richard Malanjum.

Previously, the prime minister said the matter was being deliberated by the Conference of Rulers.

However, a report by the Singapore Straits Times claimed there was an impasse between Putrajaya and the palace regarding the choice of chief justice.

There are also reports that the Judicial Appointments Council submitted three names to the Conference of Rulers.