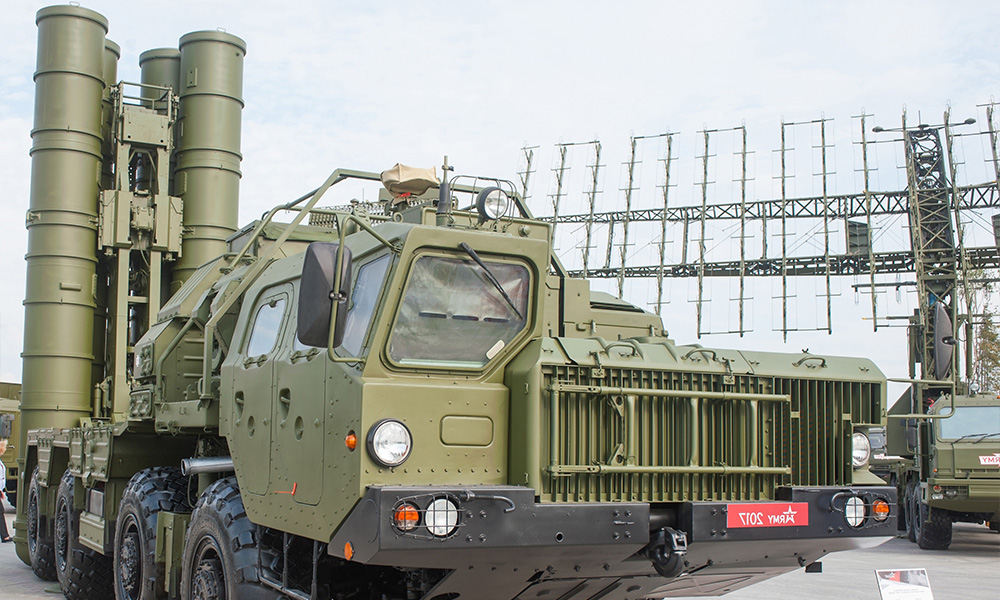 US President Donald Trump has the authority to waive sanctions on Turkey for its purchase of Russian air defence systems and should find a “middle ground” in the dispute, President Recep Tayyip Erdogan said on Sunday.

Broadcaster Haberturk quoted Erdogan as telling Turkish journalists that Trump “has the authority to waive or postpone CAATSA”, referring to US sanctions designed to prevent countries buying military equipment from Russia.

“Since this is the case, it is Trump who needs to find the middle ground,” Erdogan said, according to Haberturk.

Trump expressed sympathy for Turkey’s position when he met Erdogan at a G20 summit in Japan last month, saying Ankara had bought the S-400s from Moscow because the previous US administration would not sell it the Patriot defence system made by Raytheon Co.

“Right now, I don’t believe Trump is of the same opinion of those below him and he has said this in front of all the world’s media,” Erdogan said.

“By buying the S-400s, we are not getting ready for war. We are trying to guarantee peace and our national security.”

US officials have said Turkey could also be thrown off the F-35 stealth fighter jet programme in addition to the threatened CAATSA sanctions, meaning it would no longer be part of the production process or be able to buy the jets it has ordered.

The Pentagon says the S-400s would pose a threat to the jets if they were operating in the same region. Erdogan said Turkey had orders for more than 100 F-35s made by Lockheed Martin and expected Washington to remain committed to the deal.

Erdogan said Turkey still wanted to buy Patriot missile defence systems from Washington and the two countries should be aiming to increase trade and work on “comprehensive defence cooperation”.

“Trump has always viewed this positively,” he said. “...Now, at a time when we are discussing mutual trade volumes of US$75 billion, US$100 billion (RM410 billion), will we be dealing with this gossip?

world
security
united states
turkey
russia
recep tayyip erdogan
Related Reports
Erdogan says US refusal to give fighter jets to Turkey would be 'robbery'
a year ago
New Istanbul mayor a catalyst for change in old Erdogan stronghold
a year ago
Trump 'comfortable with any outcome' from pivotal Xi talks: official
a year ago
Blow to Turkey's Erdogan as opposition wins big in Istanbul
a year ago