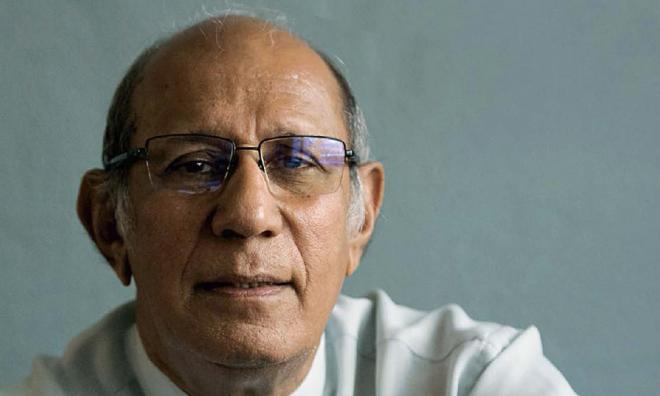 Eminent activist to speak on relevance of Gandhi in modern times

Distinguished veteran activist Anwar Fazal has been given the honour of delivering the 150th Mahatma Gandhi Anniversary Lecture at the Indian Studies Centre, Chulalongkorn University, Bangkok on July 19.

A recipient of the Right Livelihood Award, popularly known as the "Alternative Nobel Prize", Anwar will speak on the relevance of the famed Indian activist in modern times, particularly focusing on non-violence and trusteeship.

"Gandhiji shared with us many values, including non-violence, truth and conscience," Anwar told Malaysiakini.

"I will share these in the context of the challenges of modern times - the rising inequalities, the post-truth era, the ecocide phenomena where we are destroying our planet, Mother Earth.

"I will also share about weapons of mass destruction and militarism, mass waste and financial manipulation. The spectacular rise of bigotry, racism and fascism needs addressing, " he added.

Describing himself as a "possibilist" who focuses on getting things done, Anwar said he will move beyond optimism and pessimism.

He will highlight the proliferation of "sparks of creativity, islands of hope" and various initiatives that inform and inspire, that reach out, touch lives and make a difference.

Calling it Vision 2121, Anwar said he will be sharing some 21 ideas that are helping to shape the 21st century.

"To shape a better world, these ideas embrace and promote three key areas: balance and harmony, trusteeship and stewardship, and accountability, not just to the law but also to the future generations," Anwar explained.

Anwar said he had been most inspired himself by Gandhi's statement that “the best way to find yourself is to lose yourself in the service of others”.

"I will share some of my experiences and a document of 99 ways of making the world a better place and how you can find peace with yourself, peace with other people and peace with Mother Earth," Anwar said.

The Penangite is engaged locally and globally on public interest issues relating to the environment, religion, consumer affairs, heritage, health and various other issues.

Having founded the Taiping Peace Initiative, Anwar went on to found the Malaysian Interfaith Network and the Penang Gandhi Peace Centre.

He is currently chairperson emeritus of the World Alliance for Breastfeeding Action (WABA) and of Think City.

He is also the founding director of the Right Livelihood College, a global capacity-building initiative which has campuses at nine universities worldwide.