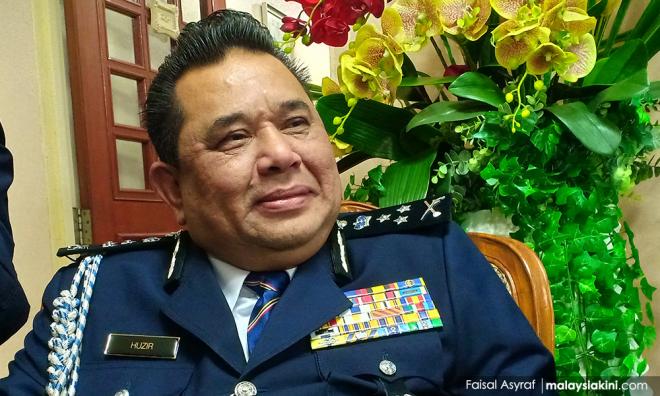 According to CID director Huzir Mohamed (above), up to 115 police reports have been lodged against Zakir in relation to his remarks during a speech in Kelantan last week, while six reports so far against Dong Zong.

Huzir told Bernama that Zakir’s case is being investigated under Section 504 of the Penal Code for the intentional insult with intent to provoke a breach of the peace.

“We have opened an investigation paper (against Dong Zong) and the probe is being conducted by the Bukit Aman Classified Criminal Investigation Unit (D5),” he was further quoted saying at the Selangor Police headquarters today.

During his Aug 8 speech, the preacher, who holds a Malaysian permanent resident status, questioned the loyalty of Hindu Malaysians and suggested that Chinese Malaysians are "old guests" in the country and should leave.

He made both remarks at a dialogue hosted by the Kelantan government and officiated by Deputy Menteri Besar Mohd Amar Nik Abdullah at the Main Banquet Hall of the state government headquarters in Kota Bharu.

Zakir has claimed he was misquoted over the Hindu Malaysian comment but had yet to explain his remarks on the local Chinese.

This has renewed calls for him to be extradited back to India, where he is wanted to face several criminal charges. He has denied any wrongdoing.

Prime Minister Dr Mahathir Mahathir has so far refused to send him away, saying the latter was at risk of being killed back in India.

However, his latest remarks have caused several cabinet ministers from DAP, PKR and Bersatu to call for action to be taken against Zakir and that he no longer be permitted to stay.

Meanwhile, Dong Zong had labelled the Pakatan Harapan government’s move in proceeding with the introduction of khat (Jawi calligraphy) in primary vernacular schools as an “Islamisation tactic”.

This prompted Mahathir to label Dong Zong "racist" and claimed it long opposed the government’s efforts to promote unity. This has been denied by the group.

Khat is the calligraphic or written art form of Jawi which was used to write Bahasa Malaysia prior to use of the Roman alphabet.