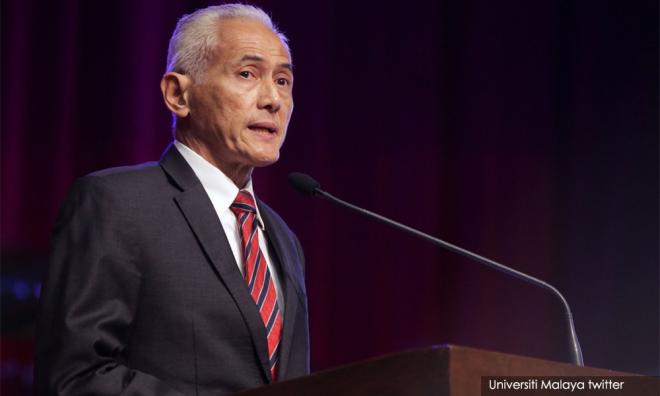 Lim said the university should refrain from handling the matter in a “high-handed and vengeful” manner.

"Vice-chancellor Abdul Rahim Hashim should withdraw the university’s police report and stop targeting student activists for their protests but to address them," he said in a statement today.

Lim said this was especially as Prime Minister Dr Mahathir Mohamad had supported students’ right to demonstrate, albeit stating that graduation ceremonies were not the right time nor place for it.

“The prime minister has upheld the right of students to demonstrate, but disagreed that a convocation ceremony was the right time and place to carry out the action.

“He (Mahathir) further declared that the government had no intention of interfering in the matter.

“It is in this spirit that the protest at the university’s graduation ceremony and other related matters should be addressed – not in a high-handed and vengeful light which would put the University Malaya in more adverse light,” the veteran politician said.

During the convocation ceremony on Monday, Wong held up a placard and called for the resignation of Abdul Rahim at the Dewan Tun Canselor just after receiving his graduation scroll.

This prompted the varsity to lodge a police report against Wong (below), who is currently being probed under Section 504 of the Penal Code for intentional insult with intent to provoke a breach of the peace.

In his speech at the congress, Rahim allegedly claimed the change in government after GE14 had eliminated Malay political dominance and asserted that Malay privileges were being questioned.

On this, Lim said today: “Rahim’s failure to promote racial tolerance and unity among the many diverse ethnic groups in UM by engaging in the organisation of the Malay Dignity Congress is a major blemish on his leadership of the university.”

Rahim has yet to personally respond to the case nor on calls for his resignation by Wong and other quarters.

Aside from Wong, another student activist Edan Kon Hua En, who was barred from attending his graduation ceremony at UM, UM Student Union vice-president Yap Wen Qing and DAP Youth have all called for Rahim’s resignation.

Wong, who was UM Association of New Youth (Umany) president, was previously involved in the fracas in March near campus.

In the incident, Wong was manhandled by a supporter of former prime minister Najib Abdul Razak, angered at the clown-face caricature cutout of Najib being held by Wong during a protest.

Rahim, at the time, said the incident could have been avoided if there had been no “provocative words and actions”.

The VC’s response was criticised by Wong and fellow student protestors then.