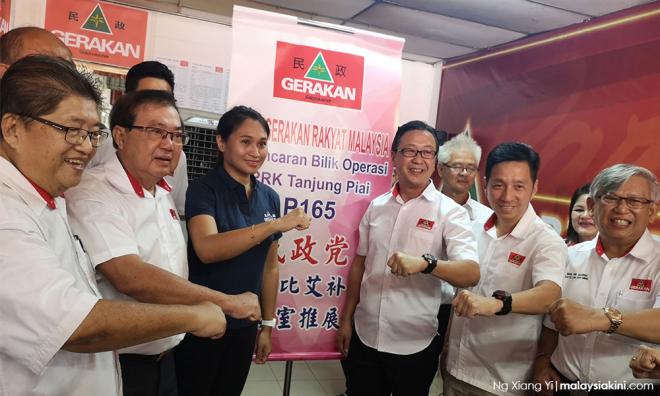 Ahead of the Tanjung Piai by-election nomination, Gerakan president Dominic Lau Hoe Chai cried unfair treatment as the party’s flags were taken down by the local authorities.

According to Lau, the incident happened on Monday night after the party launched their by-election operation room in Pekan Nanas, Tanjung Piai.

The Pontian District Council had taken down about 10 Gerakan flags set up outside the operation room, Lau said during the launch Gerakan’s second operation room in Pontian this afternoon...