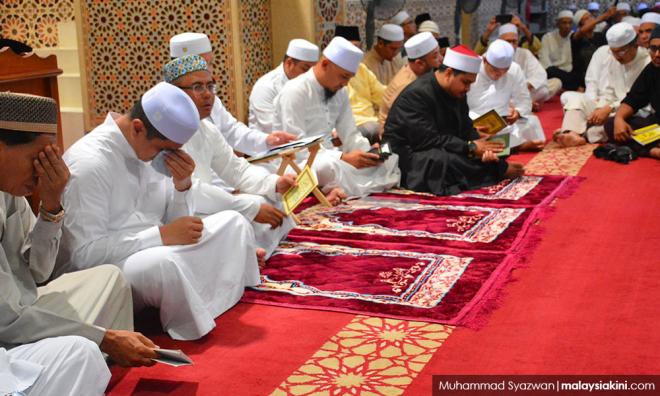 Economic Affairs Minister Azmin Ali was seen wiping away tears at a thanksgiving prayers event at the Masjid Jamek Al-Amaniah in Gombak tonight.

This happened as Selangor state mosque's grand imam Muhammad Farhan Wijaya gave a speech after Maghrib prayers, which appeared to portray Azmin (photo) as a victim of slander.

Hundreds of people turned up for the prayers, which followed Attorney-General Tommy Thomas' announcement on Thursday that there would be no charges in the sex video case that Azmin was implicated in...