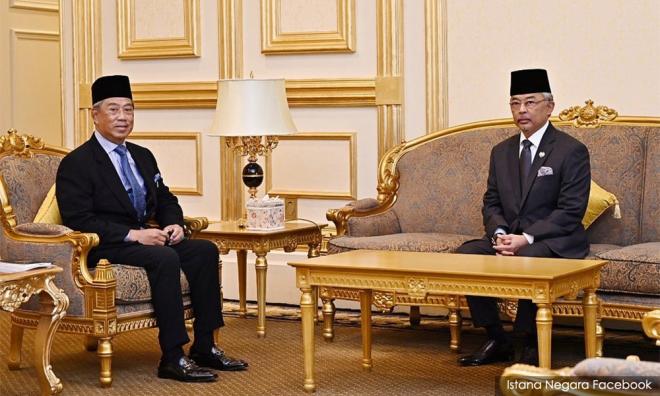 Muhyiddin's emergency gambit falters and other news you may have missed

1. Prime Minister Muhyiddin Yassin's hope of imposing a state of emergency on the country evaporated after the Yang di-Pertuan Agong rejected his request.

2. However, Muhyiddin saw a silver lining in the royal rebuff as the ruler also criticised politicking by MPs and discouraged them from proceeding with any action that could destabilise the current government during the Covid-19 pandemic.

3. Nonetheless, Muhyiddin’s emergency gambit under the guise of combating Covid-19, while many were acutely aware of his fragile majority and trouble in getting next month's budget 2021 passed, has created poor optics for the prime minister.

4. The conference of rulers, which advised the Agong on his decision, also appeared aware that Muhyiddin's reasons for a state of emergency were not as simple as made out to be, as they emphasised to the king about the need to curtail elements of abuse of power.

5. Despite the embarrassment, Muhyiddin may still make the best of the situation as the Agong, who expressed impatience at the continued politicking, may put his rivals on the defensive as any efforts to dislodge Muhyiddin during the pandemic may court royal wrath.

6. Chief among them is PKR president Anwar Ibrahim, who has been trying to replace Muhyiddin as the prime minister. Anwar acknowledged the advice against excessive politicking and urged other leaders to do the same - but he did not reveal his cards on his next move.

7. After the failed emergency gambit, which would have seen Parliament suspended and Muhyiddin's Budget 2021 breeze through, the Perikatan Nasional now has to do some last-minute re-strategising on how to get it passed.

8. Umno, which is the stumbling block for Muhyiddin as some rebels within the party are considering to turn against the prime minister, has called for consultation, possibly for a quip-pro-quo arrangement. DAP, which is in the opposition, has also made similar calls for reconciliation.

9. While the government spent most of the last two days trying to secure a state of emergency, ostensibly to fight Covid-19, the Malaysian Medical Association said Sabah, the epicentre of the Covid-19 pandemic, is still in desperate need of aid.

10. A high-profile case in Sabah is the death of Chief Minister Hajiji Mohd Noor's special private secretary-designate Noorzain Tawi, who succumbed to the virus.

11. A total of 823 new Covid-19 cases were recorded yesterday, with 533 coming from Sabah. There were eight deaths, all also from Sabah.

12. In the Klang Valley, there was a Covid-19 scare along the MRT Kajang route as an MRT staff member was confirmed to be positive with the virus.

13. Despite the incident, Prasarana announced that the frequency of LRT, MRT and monorail will be reduced as long as the conditional movement control order (MCO) is not lifted, which could mean more people riding them at any one time, although many are already working from home.

14. Despite the difficult times, a bakery is giving a ray of hope to adults with learning disabilities by offering them training and employment opportunities.