Lie through teeth, pay through nose 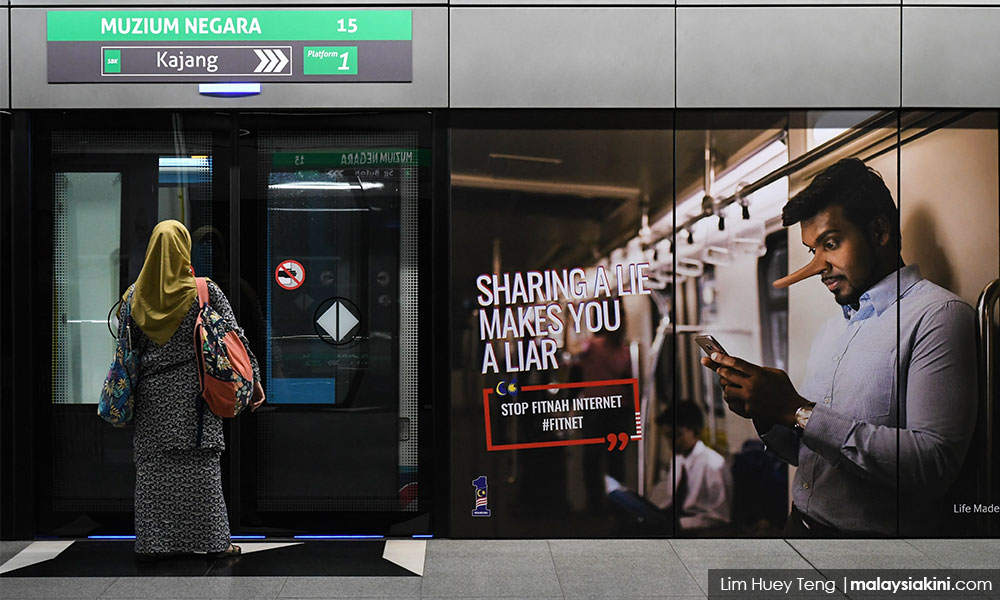 An anti-fake news Telekom Malaysia advertisement, reading “Sharing a lie makes you a liar,” is seen at an MRT station in Kuala Lumpur.

The advertisement references Carlo Collodi’s children’s classic “Pinocchio,” in which the titular character’s nose grows in length every time he tells a lie.

TM also unveiled a new hashtag, #FitNet – a portmanteau of “fitnah” (slander) and “internet” – for the campaign.

With the passage of the Anti-Fake News Bill, those publishing or abetting the publication of what is deemed 'fake news' are liable to be sentenced to six years’ jail and fined up to RM500,000.