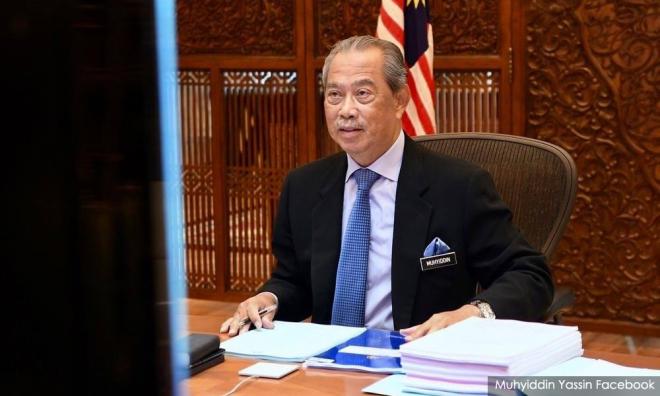 LETTER | Emergency is not the only option

LETTER | It is most disconcerting to read reports that the government of the day is considering invoking a state of emergency powers and that the prime minister has made a proposal to Yang di-Pertuan Agong. Reports state that this was decided at a special cabinet meeting, so in this regard, I can only surmise that the whole cabinet is complicit in this.

There was then a Facebook post by Federal Territories Minister Annuar Musa, citing the need for elections as the reason to invoke Emergency powers. He then asked for help from those learned in the law, especially constitutional law to suggest alternatives.

I am certainly not a legal expert but let me try and offer some solutions.

Avoiding elections will not eradicate Covid-19, nor will it solve the transmission of it. Putting in place strong and effective standard operating procedures (SOPs) to allow elections to carry on regardless is the answer. And it is not just about putting the SOPs in place; it is following them strictly. Singapore did it, and South Korea did it. Why can't we do it?

Simple things can be done. Place limits on campaigning; implement postal voting for everyone, especially those from out of state. Perhaps make it online even. There are other ways and means to carry out an election while curtailing the risks of Covid-19 transmission.

To address the concerns about various parties attempting to overthrow the PM in the next parliament sitting. I'm sorry, but this is the very essence of a democratic system. If the PM no longer commands the majority support of the Dewan Rakyat, he needs to and must resign. And the entire cabinet along with him. Annuar states that this would then trigger the need for a general election, but I believe he is forgetting a few things, or maybe just choosing to forget.

We only need to go back to February to the infamous "Sheraton Move". Based on what transpired then and also referencing Article 43 of the Federal Constitution, it is clear that a general election only needs to be called if the PM requests for parliament to be dissolved.

If the PM and the cabinet resign, power will then go to the next person who commands majority support and whom the Agong believes has this support. Is that not what happened in February? Why can't the same thing happen now? Or is the cabinet afraid that they will lose power in this event and are doing all they can do to protect themselves?

There are many ways out of this situation too. Reach consensus with your political partners and stop jostling for positions. It cannot be denied that the fragility of the current government is due to unhappiness with the distribution of positions and in-fighting among yourselves.

If you cannot reach consensus with your own partners, then maybe form a unity government. Swallow your pride in the interim and do what is best for the country. If a formal alliance cannot be achieved, then work something out on the basis of confidence and supply. That is, after all, how many minority governments operate.

Anyway, why is the government of the day so afraid of a vote of no confidence? Your political alliance keeps saying almost every day that you have the peoples mandate and that the government is strong and effective. It may appear, perhaps, that this is not entirely true. So, unless there is a "prawn beneath the stone" (udang di sebalik batu), throw your full support behind the PM of the day. Make sure he has the full support and commands the majority in parliament.

The way I see it, using Covid-19 as a justification for emergency powers is nothing more than an excuse. There are already laws in place to handle this. Using political instability to rationalise this move is just ridiculous and almost condescending as well.

Political instability has been caused by politicians who seem hungry for power and positions and do not seem to have the rakyat's interest at heart. The fact that you are considering invoking emergency powers only further cements this view, or perhaps this is just a way to pull the wool over the rakyat's eyes.

Please, don't patronise the rakyat and make it seem as if you are doing what's best for us. Emergency powers have wide and far-reaching implications. There will be a lack of check and balance from the legislative and judicial branches of government. We cannot afford that.

It is time that you put the people first. Declaring a state of emergency is not the right way to go. It completely flies in the face of democracy, of the spirit of our Federal Constitution and of serving the public - something that our government should be upholding and what the cabinet swore to protect.

There are many other solutions out there; you just need to look for them. The cabinet ministers are there to find solutions not just take the easiest way out, especially one that is self-serving and guarantees that you stay in power.